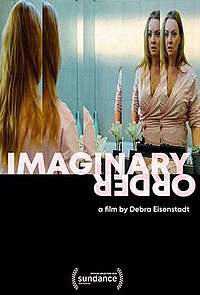 Blush is a 2019 American comedy-drama film directed by Debra Eisenstadt and starring Wendi McLendon-Covey. It premiered in the U.S. Dramatic Competition section at the 2019 Sundance Film Festival under the title Imaginary Order. The film was released on April 10, 2020 by Gravitas Ventures.

McLendon-Covey plays obsessive-compulsive, middle-aged woman who find that her husband is having an affair and her thirteen-year-old daughter is becoming estranged.