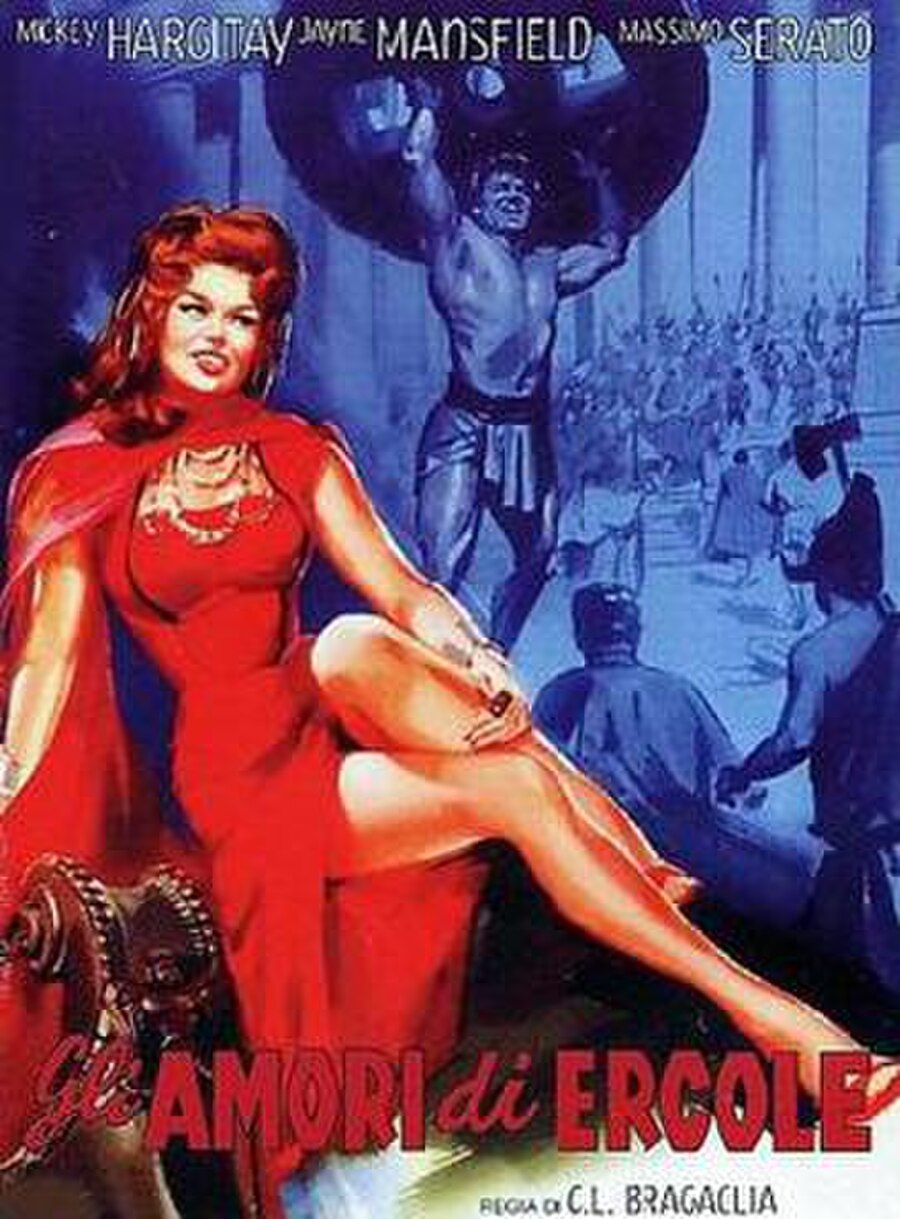 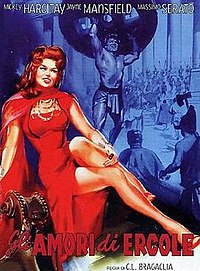 The Loves of Hercules is a 1960 international co-production film starring Jayne Mansfield and her then husband Mickey Hargitay. The film was distributed internationally as Hercules vs. the Hydra.

While Hercules (Hargitay) is away, his village is plundered and his wife is killed by the army of Ecalia, a country ruled by King Eurysteus. Licos (Massimo Serato), chief minister to the king, sees an opportunity to seize the throne himself. Licos knows that Hercules will come to Ecalia for vengeance; as the first part of his plan, he murders the king, planning to claim he died in battle to ensure that he does not bring ruin on Ecalia by resisting Hercules. While consulting an oracle, Hercules learns of the murder of his wife from a survivor and seeks vengeance. The newly-crowned Queen Deianira (Mansfield), daughter of the king, offers her life to Hercules in order to spare Ecalia, as Licos anticipated. Hercules offers mercy, but by law, the Queen and Hercules must participate in a rite to appease the goddess of justice. Deianira is bound to a wall as Hercules throws axes toward her, attempting to sever her bonds. He succeeds, proving her innocence to her people. Licos hatches another scheme to wed Deianira and rule through her.