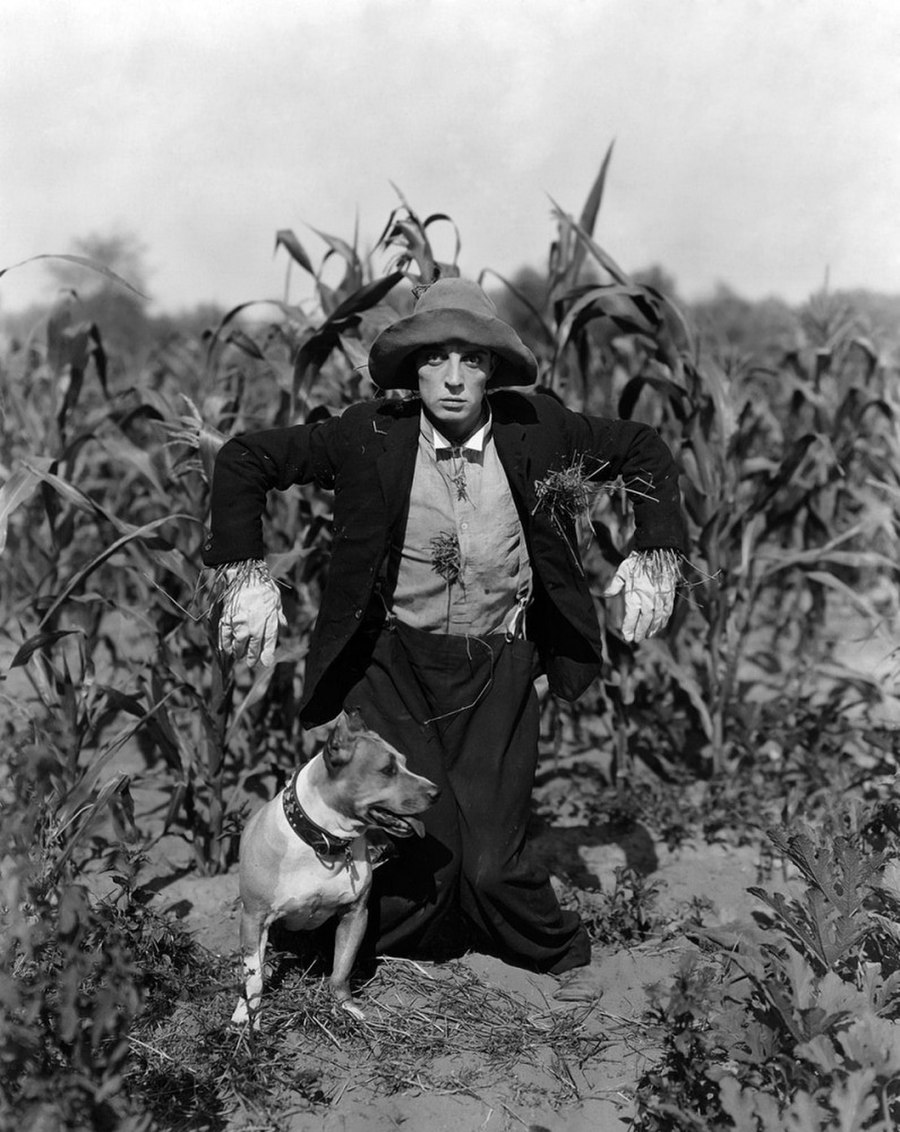 The Scarecrow is a 1920 American two-reel silent comedy film starring Buster Keaton. It was written and directed by Keaton and Edward F. Cline. The runtime is 19 minutes. One of the more memorable scenes of the film is the opening, where Buster and Joe Roberts share a small one room house that is filled with many space- and labor-saving Rube Goldberg-type devices. Later in the film, Keaton tries desperately and comically to outrun and escape Luke the Dog.

Buster plays a farmhand who competes with Joe Roberts to win the love of the farmer's daughter (Sybil Seely). Running from a dog (played by Luke, Roscoe "Fatty" Arbuckle's real-life pet) that he believes is rabid, Buster races around brick walls, jumps through windows, and falls into a hay thresher, which rips off most of his clothes. He is forced to borrow the clothes of a scarecrow in a nearby field. Buster then trips into a kneeling position while tying his shoes, and Sybil believes he is proposing marriage to her. Next the couple speeds off on a motorcycle with Joe and the farmer (played by Buster's father, Joe) in hot pursuit. Scooping up a minister during the chase, they are married on the speeding motorcycle and splash into a stream at the climax of the ceremony and the film.