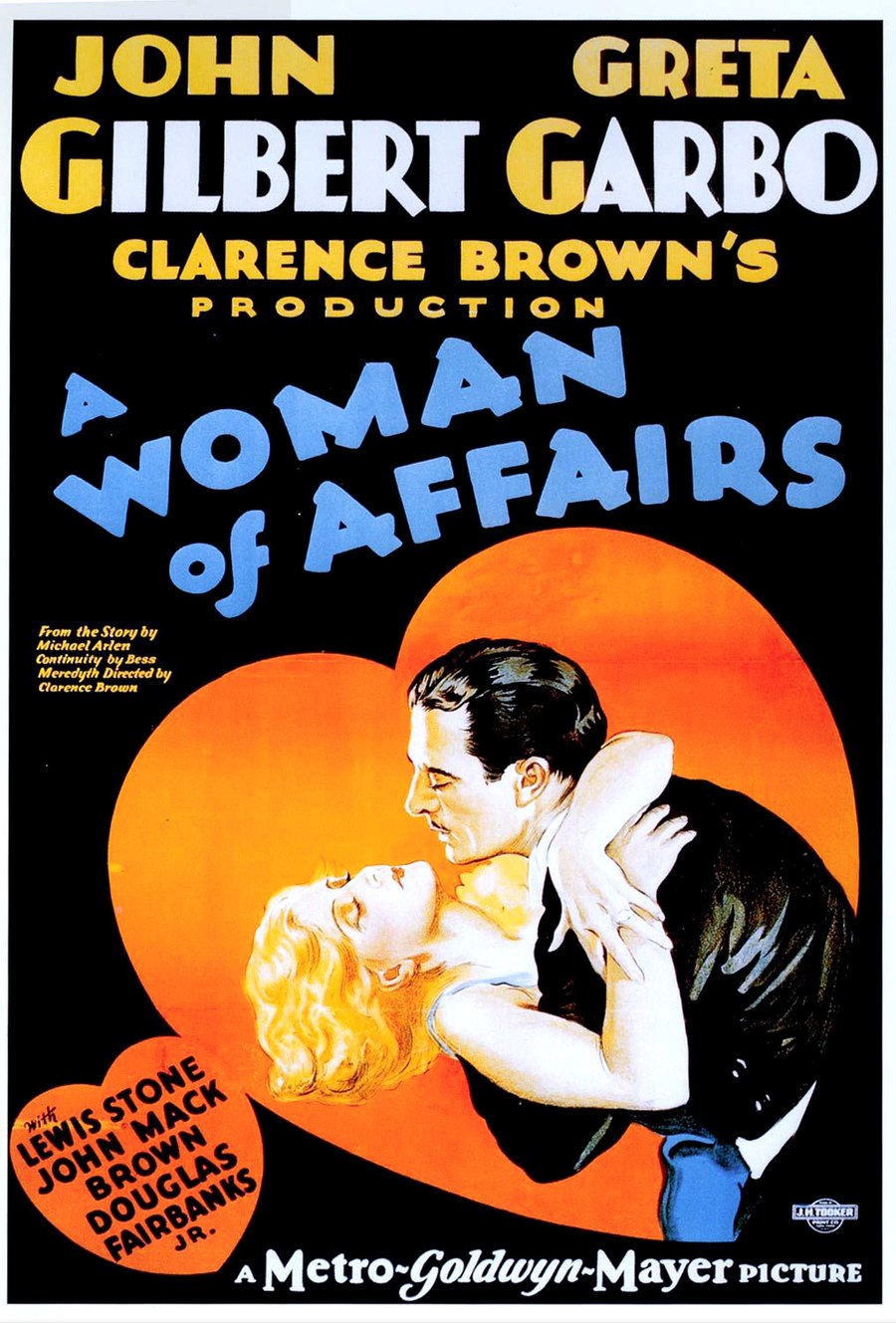 A Woman of Affairs is a 1928 Metro-Goldwyn-Mayer drama film directed by Clarence Brown and starring Greta Garbo, John Gilbert, Douglas Fairbanks Jr. and Lewis Stone. The film, released with a synchronized score and sound effects, was based on a 1924 best-selling novel by Michael Arlen, The Green Hat, which he adapted as a four-act stage play in 1925. The Green Hat was considered so daring in the United States that the movie did not allow any associations with it and was renamed A Woman of Affairs, with the characters also renamed to mollify the censors. In particular, the film script eliminated all references to heroin use, homosexuality and syphilis that were at the core of the tragedies involved.