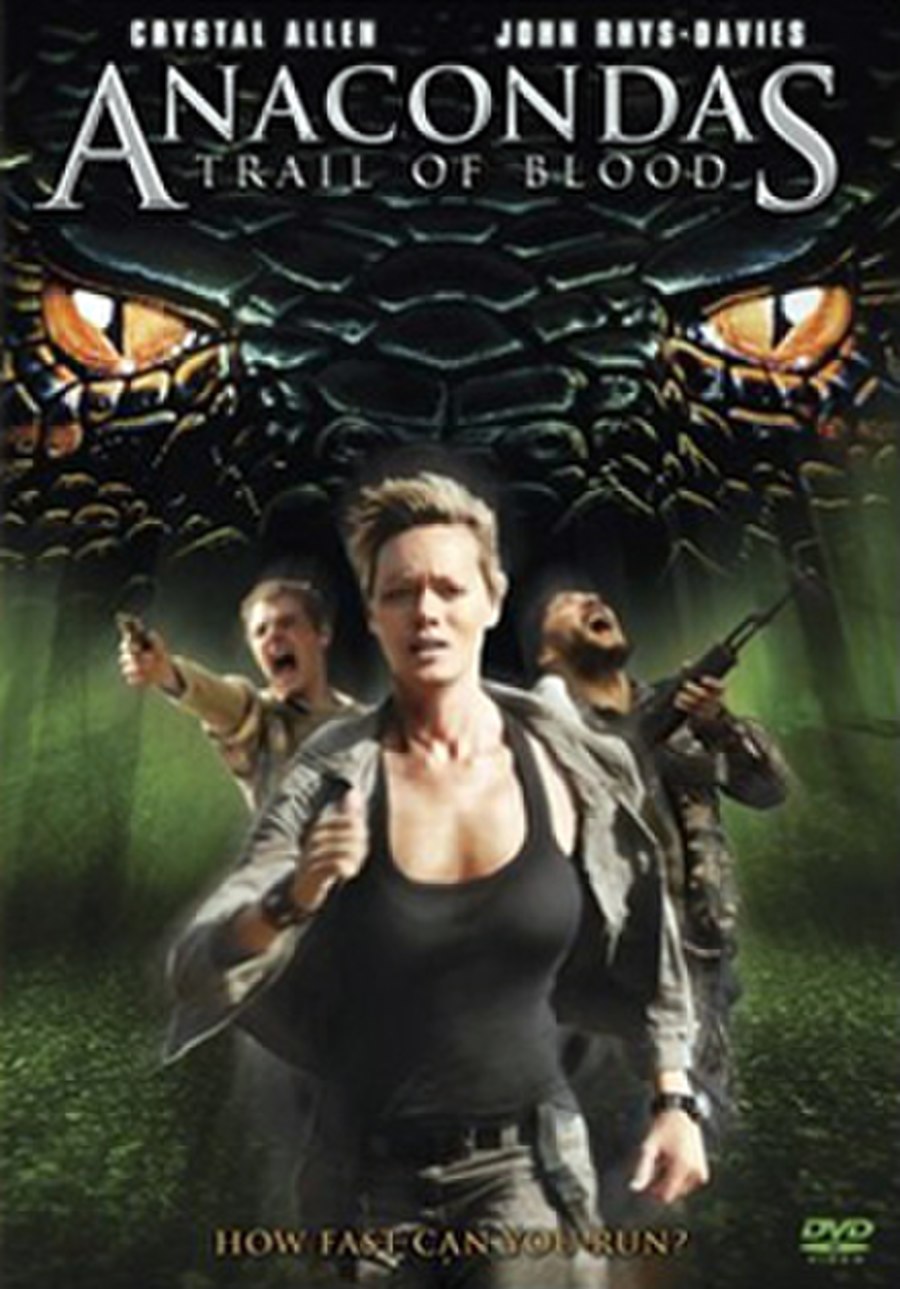 Anacondas: Trail of Blood (also known as Anaconda 4) is a 2009 American horror thriller television film directed by Don E. FauntLeRoy and starring Crystal Allen, Linden Ashby, Danny Midwinter, and John Rhys-Davies. The film is a sequel to Anaconda 3: Offspring (2008) and the fourth installment in the Anaconda franchise. It premiered on the Sci-Fi Channel on February 28, 2009.

A baby anaconda, which was captured at the end of the previous film, is being used for experiment by Peter Reysner, who creates a hybrid of the blood orchids from Borneo that enabled the anaconda to grow very large and live longer, and creates a serum for cell regeneration. After the test seemingly works for the baby anaconda to regenerate, Peter burns it. When he disappears, the long anaconda escapes from the cage and kills Peter in a mine filled with blood orchids. Peter "J.D." Murdoch, a billionaire suffering from bone cancer, sends his assassin Eugene and his team of henchmen mercenaries to find Peter and the serum Peter created so that it can cure him. He also tells them to be careful of Dr. Amanda Hayes, and to kill her if needed. Dr. Amanda Hayes, the sole survivor of the previous snake attack, and two officers also go in search of Peter, determined to destroy the serum and kill the snake.