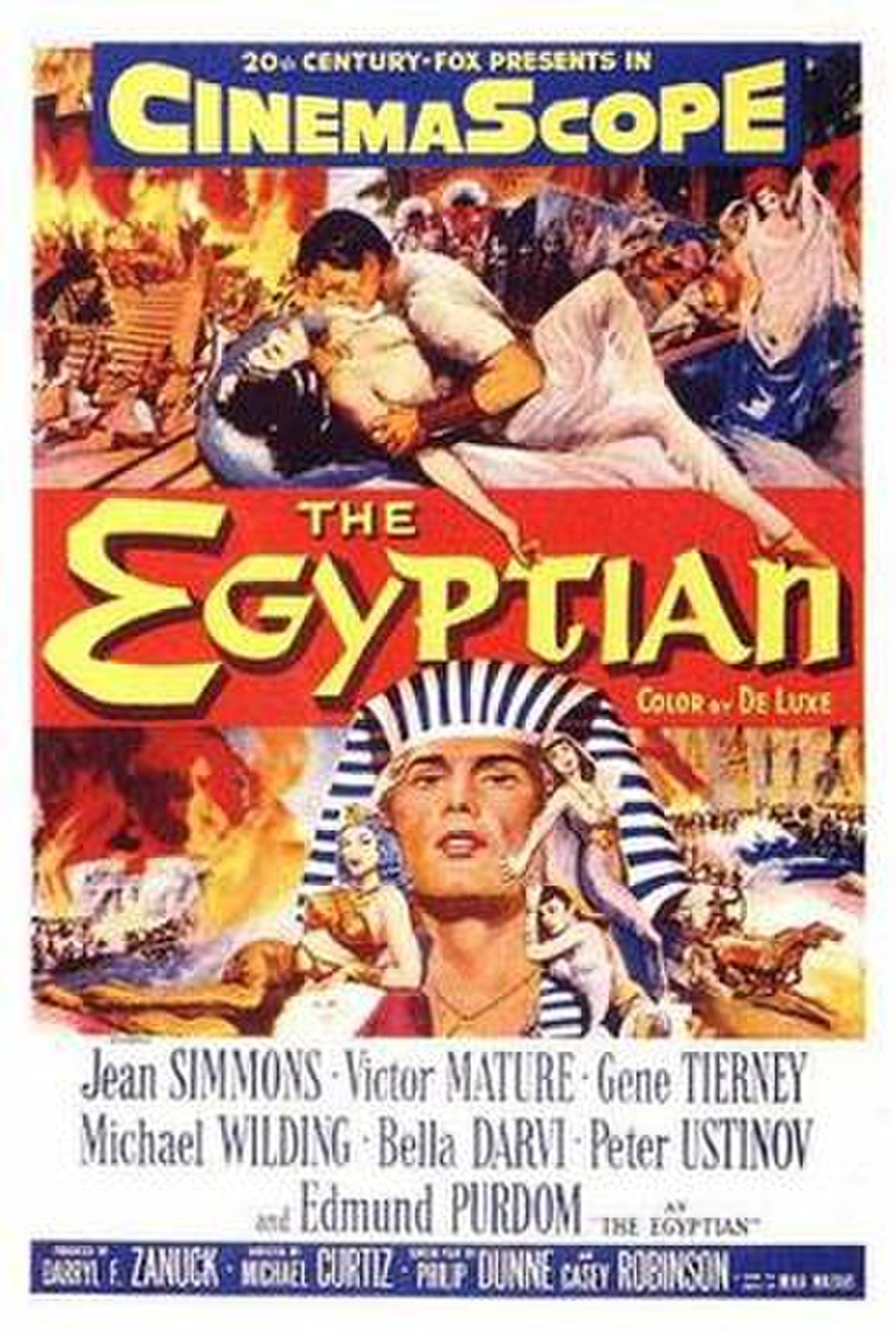 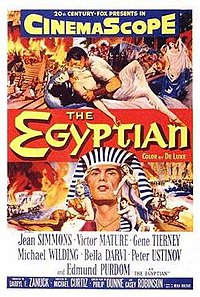 The Egyptian is a 1954 American epic drama film made by 20th Century Fox. Filmed in CinemaScope with color by DeLuxe, it was directed by Michael Curtiz and produced by Darryl F. Zanuck. It is based on Mika Waltari's 1945 novel of the same name and the screenplay was adapted by Philip Dunne and Casey Robinson. Leading roles were played by Edmund Purdom, Bella Darvi, Jean Simmons, Victor Mature, Gene Tierney, Peter Ustinov, and Michael Wilding. Cinematographer Leon Shamroy was nominated for an Oscar in 1955.

Sinuhe (Edmund Purdom), a struggling physician in 18th dynasty Egypt (14th century BC), is thrown by chance into contact with the pharaoh Akhnaton (Michael Wilding). He rises to and falls from great prosperity, wanders the world, and becomes increasingly drawn towards a new religion spreading throughout Egypt. His companions throughout are his lover, a shy tavern maid named Merit (Jean Simmons); and his corrupt but likable servant, Kaptah (Peter Ustinov).