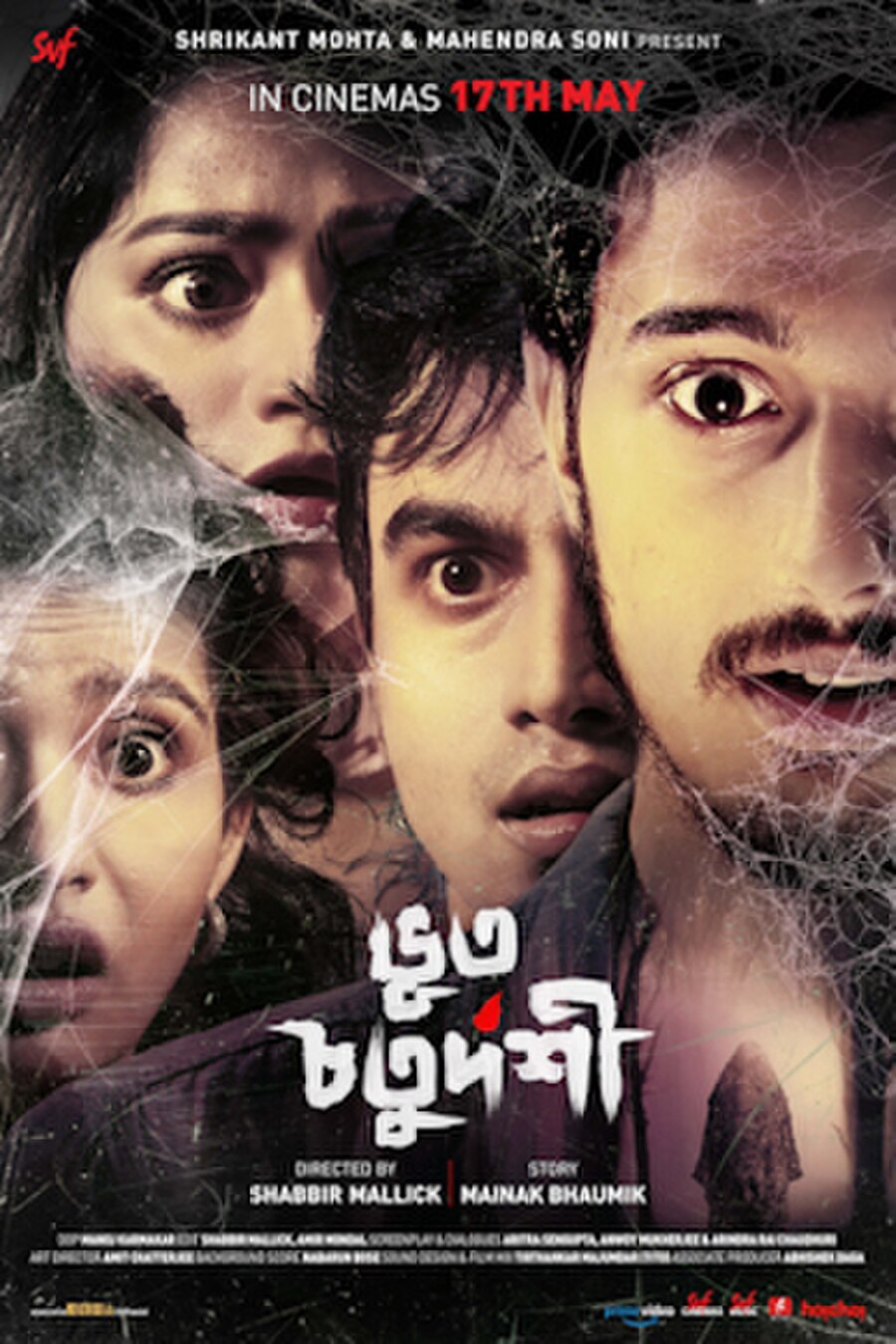 Bhoot Chaturdashi is a 2019 Indian Bengali-language adventure horror film directed by Shabbir Mallick. This film was released on 17 May 2019 under the banner of Shree Venkatesh Films.

Rano is an aspiring filmmaker who wants to make a documentary picture about 'Lakshmi's Bari', a supposedly haunted house situated on the banks of Ajay river. This place is on the outskirts of Bolpur. Rano along with Shreya, his girlfriend and two other friends Debu and Pritha travel to the place by car on the evening prior to Bhoot Chaturdashi. It is revealed that Lakshmi was an illicit child of the Tagore family and she was kept all alone at the palace built for her. After her horrific death, the palace became haunted.