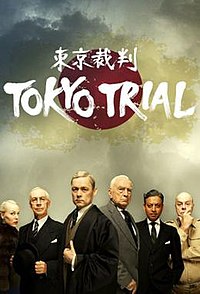 Tokyo Trial is a Japanese four-part historical drama miniseries that depicts the International Military Tribunal for the Far East. The series was co-directed by Pieter Verhoeff and Rob W. King, and produced by Japanese public broadcaster NHK in a co-production with FATT Productions of the Netherlands and Don Carmody Television of Canada.

Following the end of the Second World War with the surrender of Japan, an international tribunal of judges from the victorious powers are tasked with determining the fate of Japanese war criminals.