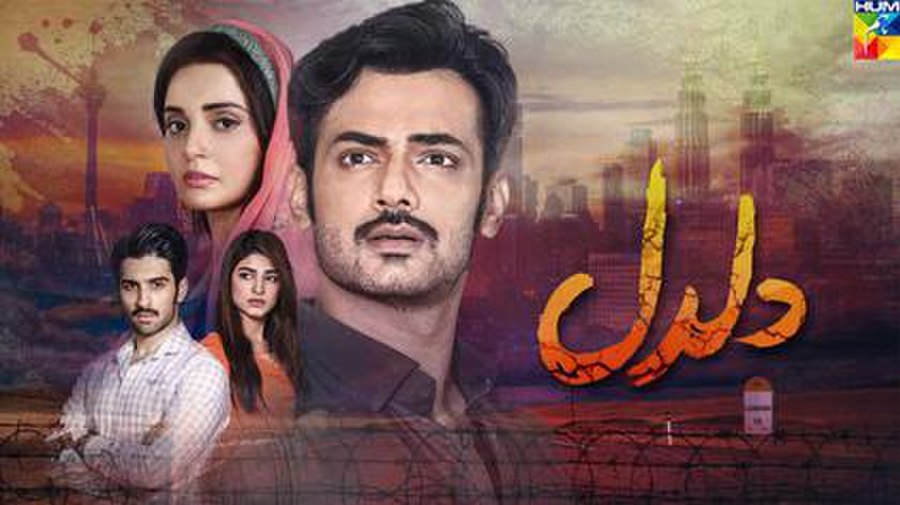 Daldal is a romantic Pakistani drama airing on Hum TV. It stars Zahid Ahmed and Armeena Khan. Daldal reflects on the evil practices of society that continue to this day.

The story revolves around the themes of illegal immigration, dowry and corruption (greed). Shuja (Zahid Ahmed), a member of a lower-middle-class family, dreams of going to London one day in order to escape his current unsatisfactory life. Shuja's mother, Sakeena (Asma Abbas) is a very greedy person, and wants Shuja to marry a rich woman who'd be able to shower Shuja and his family with buckets of money. Shuja, however marries Hira (Armeena Khan), his maternal cousin, with ulterior motives of getting to London through her father, who lives and works there. Although Shuja's decision to marry Hira, is not exactly based on romances initially but him and Hira gradually develop a mutual understanding and deep love for each other over the course of their marriage. Eventually, after a lot of ups and downs, her father finally agrees and gives the news of Shuja's immigration. With a sudden turn of events, day later, Hira's father passes away, because of which Shuja's immigration is inevidently cancelled and he's left hopeless, his hopelessness boiling up frustration minute by minute. With no other choice in mind, the young lad then decides to travel illegally, by hook or by crook.