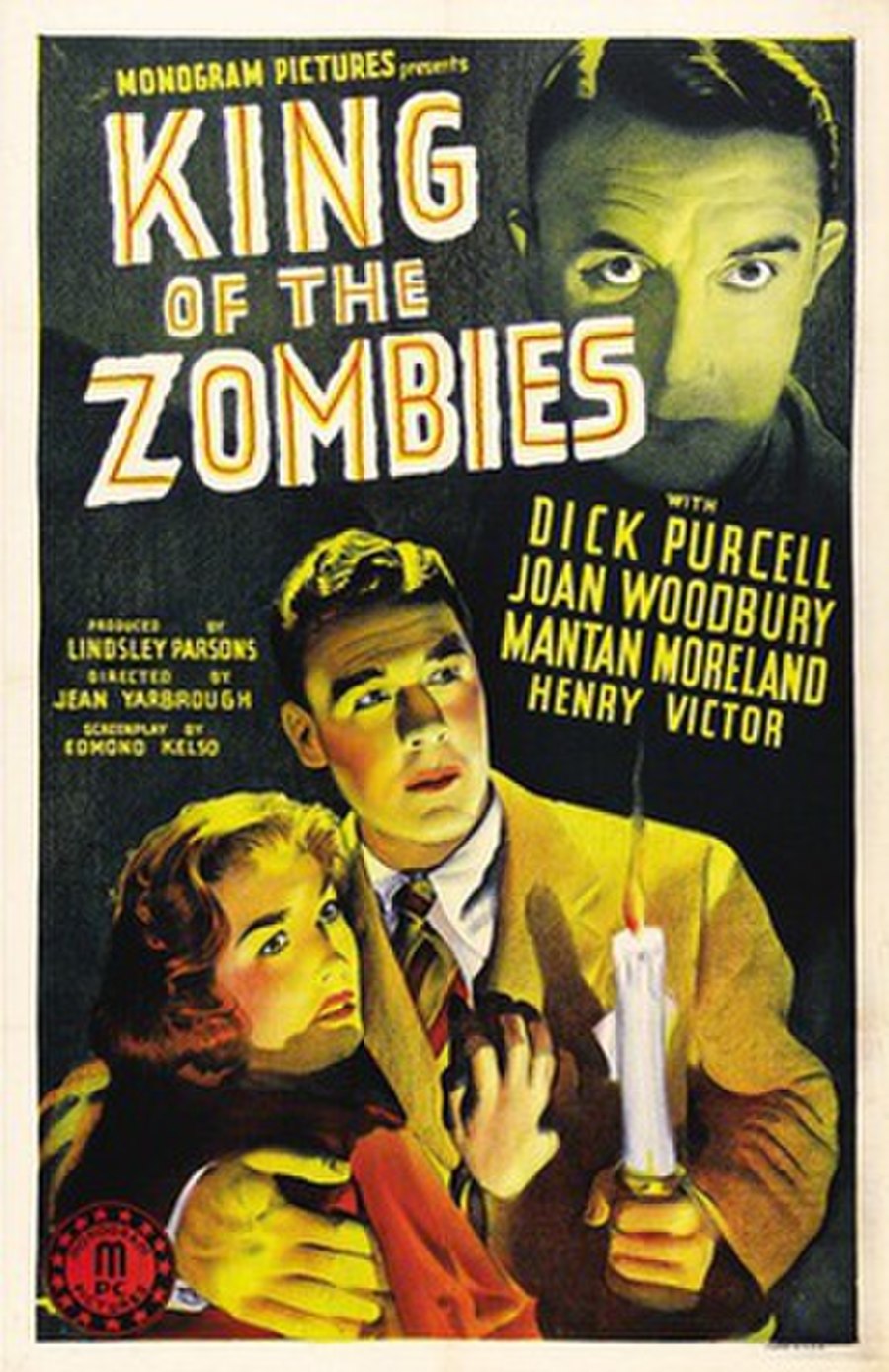 King of the Zombies is a 1941 American zombie comedy film directed by Jean Yarbrough and stars Dick Purcell, Joan Woodbury, and Mantan Moreland. The film was produced by Monogram Pictures, and was typical of its B films churned out by the Pine-Thomas team. Along with flying scenes, the use of zany characters and slapstick efforts were juxtaposed with a spy and zombie story.

In 1941, a Capelis XC-12 transport aircraft flown by pilot James "Mac" McCarthy (Dick Purcell) flying between Cuba and Puerto Rico runs low on fuel and is blown off course by a storm. McCarthy, unable to pick up any radio transmissions over the Caribbean, hears by a faint radio signal. After crash-landing on a remote island, his passenger Bill Summers (John Archer) and his black manservant/valet, Jefferson Jackson (Mantan Moreland) take refuge in a mansion owned by Dr. Miklos Sangre (Henry Victor) and his wife Alyce (Patricia Stacey).