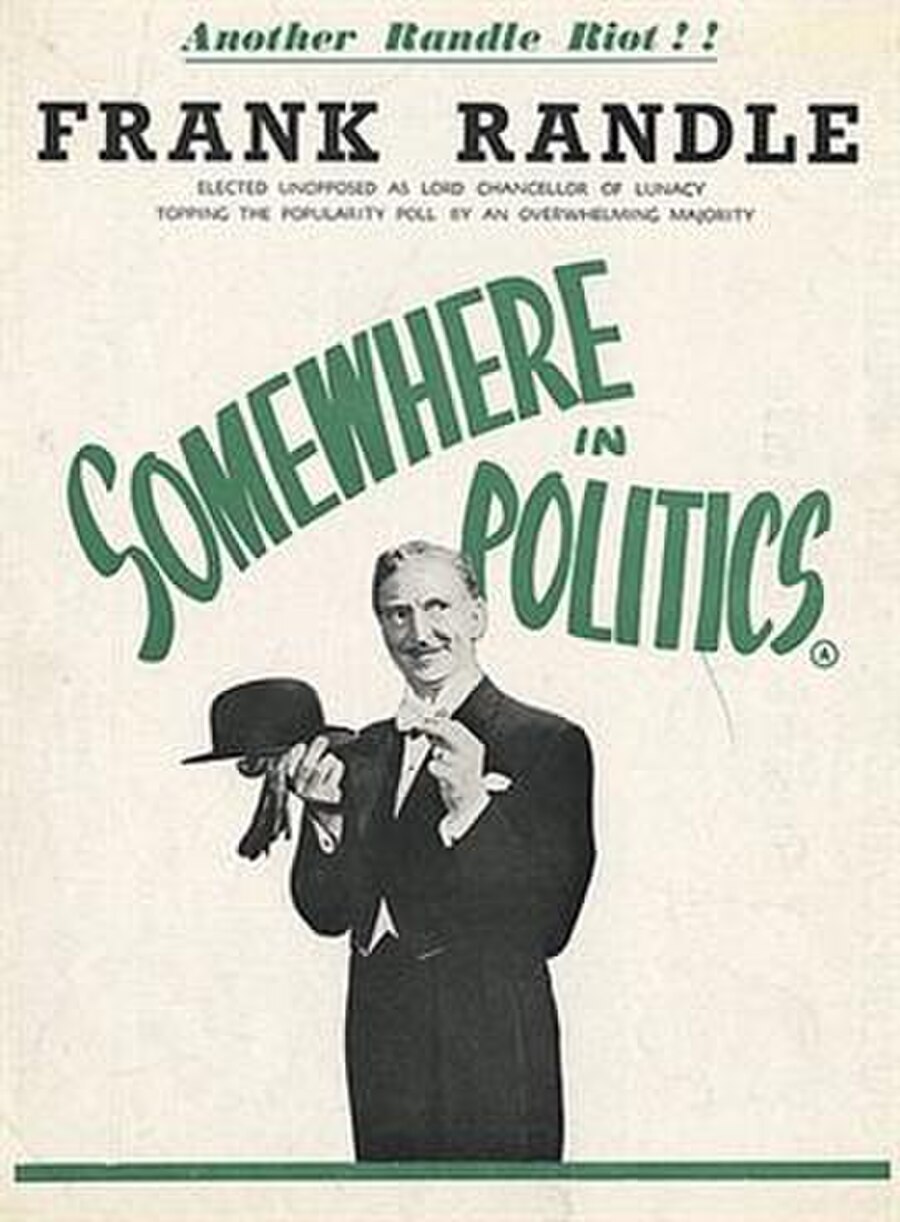 Somewhere in Politics is a 1949 British comedy film directed by John E. Blakeley and starring Frank Randle, Tessie O'Shea and Josef Locke. It was the fifth film in the Somewhere series of films featuring Randle followed by It's a Grand Life (1953).

Joe Smart (Frank Randle) is a radio repairman who enters the political arena competing in an upcoming election against his own boss. Joe wins the election, but encounters loads of trouble in the process.