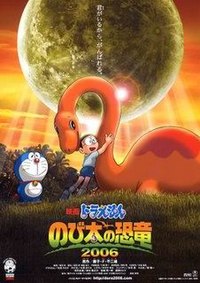 , also known as Doraemon: The Movie 2006 and Doraemon and the Little Dinosaur, is a traditionally animated feature film which is a remake of the first, 1980, Doraemon film Doraemon: Nobita's Dinosaur. The new film was released theatrically in Japan on 4 March 2006. It's the 26th Doraemon film. The film got a private screening with English subtitles in Washington, D.C. on 14 November 2008, making it the first time Doraemon made an appearance in the US. This movie gross over 3.28 billion yen.