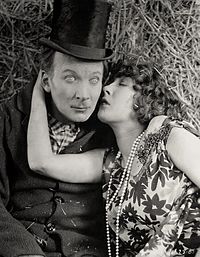 Hot for Paris is a 1929 American pre-Code black-and-white romantic adventure musical film. This film is believed to be lost. The film is also known as Fifì dimmi di sì in Italy and Un marido afortunado in Spain. The film length (metres) is 1710.84 m in the silent version and 2002.54 m (7 reels) in the sound version.