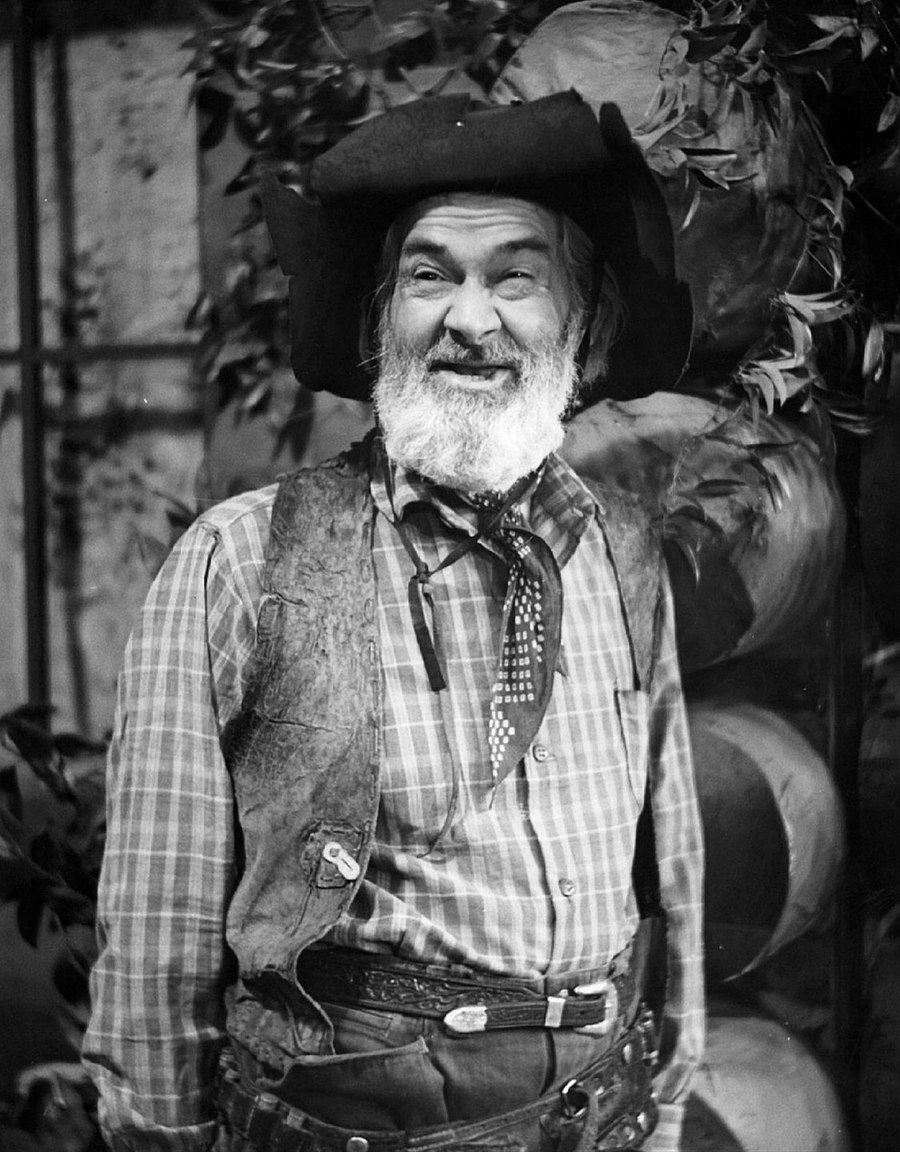 The Gabby Hayes Show is a general purpose Western television series in which the film star and Roy Rogers confidant, George "Gabby" Hayes (1885–1969), narrated each episode, showed clips from old westerns, or told tall tales for a primarily children's audience. The first Hayes program ran on NBC at 5:15p.m. Eastern for fifteen minutes three times per week and preceded the puppet series, Howdy Doody. It aired from December 11, 1950, to January 1, 1954. The second version was a half-hour broadcast on Saturday mornings, carried for only thirteen weeks from May 12 to July 14, 1956, on ABC.