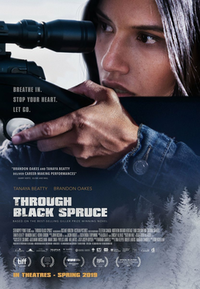 Annie Bird, a Cree woman from Moosonee, is the identical twin of Susanna Bird, a model who had last been seen in Toronto before disappearing with her abusive boyfriend Gus. While living with her mother Lizette, Annie is close to her uncle Will, a hunter and former bush pilot. At the invitation of a friend, Annie travels to Toronto for a vacation, but stays behind to look for her sister. When Annie leaves for their vacation, a local Moosonee drug dealer named Marius takes this as an indication that one of her family members anticipates a need to go into hiding. Marius accuses Will of being a snitch and hires associates to have him followed.