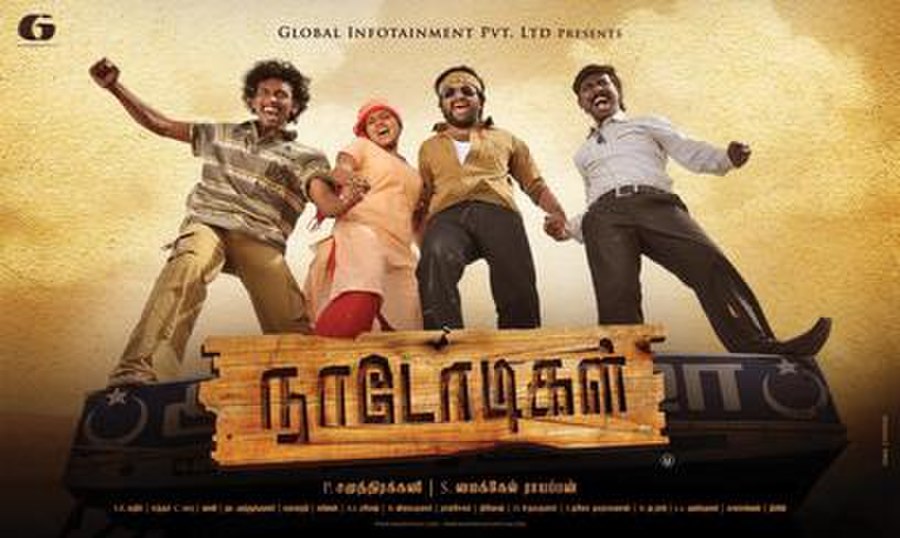 The film revolves around Karunakaran (Sasikumar), Paandi (Bharani), and Chandran (Vijay Vasanth). The trio eat, sleep, and party together in Rajapalayam. They also have their individual ambitions in life. Karunakaran is in love with the daughter of a distant relative, Nallammal (Ananya). He is madly pursuing a government job because Nallamal's father will agree to the marriage only if he obtains one. Paandi (who is often discriminated at home by his father to appease Pandi's step-mother,) is desperate to go abroad and get rich, while Chandran, who is working as a software teacher, is committed to start a computer center and is in love with Pavithra (Abhinaya), Karunakaran's sister. Chandran's father is a widowed army veteran and is all decent to help his son's love. All goes well until Saravanan (Ranga), Karunakaran's childhood friend from Kaniyakumari, arrives in town. The son of a former MP and a prominent politician, he is in love with Prabha (Shanthini Devi), the daughter of a rich bigwig Pazhanivelraman (Jayaprakash) in Namakkal. Shocked by Saravanan's suicide attempt due to love failure, the trio promise to help him out and unite the two lovers. They set out to Namakkal where they enlist the help of their friend Maariyappan (Ganja Karuppu).