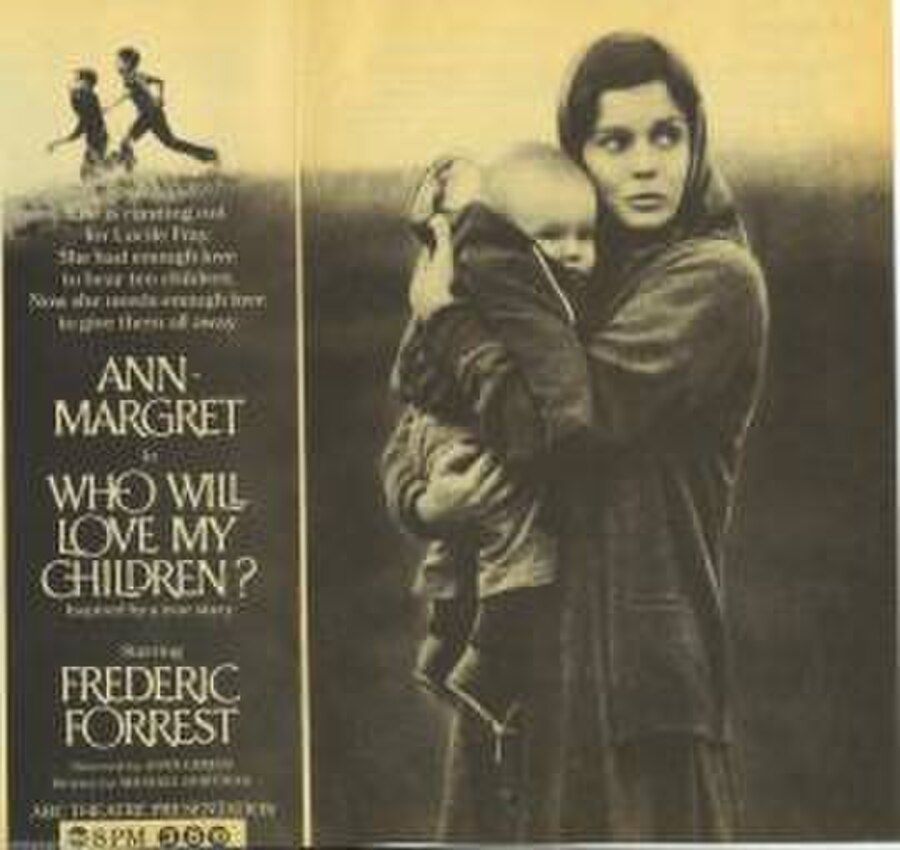 Who Will Love My Children? is a 1983 American made-for-television biographical film based on the life of Lucile Fray. Lucile Fray was diagnosed with cancer in 1952 and wanted to find suitable homes for her ten children, since she felt her husband could not properly care for them. Prior to her death, she succeeded. The film was directed by John Erman, written by Michael Bortman, and starred Ann-Margret in her first television film. It was originally broadcast on American Broadcasting Company.