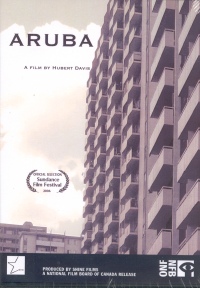 Aruba is a 2006 Canadian coming-of-age dramatic short film and the fiction debut of director Hubert Davis. It was his first major work after his Academy Award-nominated film Hardwood.

Milan (A.J. Saudin) is an 11-year-old boy who dreams about escaping a violent home life. When his parents fight or take drugs, or when bullies pick on him in school, he finds peace in contemplating a postcard with an idyllic picture of the island of Aruba, and imagines himself in that faraway place as a way to survive.