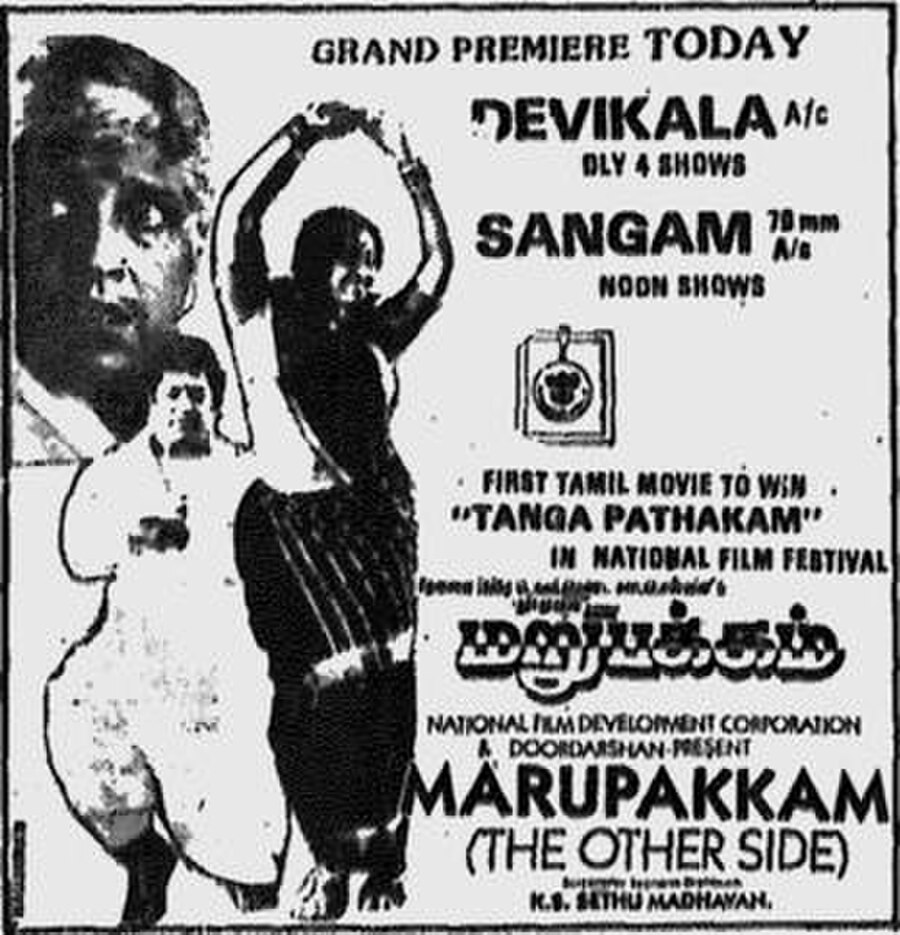 Marupakkam is a 1991 Indian Tamil-language drama film directed by K. S. Sethumadhavan. It is based on the Tamil novel, Uchi Veyyil written by Indira Parthasarathy. The film stars Sivakumar, Jayabharathi, and Radha. Its' music is composed by L. Vaidyanathan.

The film revolves around Ambi, a young man in his early thirties. Ambi arrives in Kumbakonam from Delhi to see his ailing father, Vembu Iyer (Sivakumar). His father, an orthodox religious scholar, revered for his knowledge in Vedic studies, is now ill, having only his memories to accompany him. The state of his father is a shock to Ambi. The two fell out over Ambi's love and subsequent marriage to a Christian girl by the name of Sweetie in Delhi. Barely able to recognise his son now, Vembu Iyer ponders in total silence, as Janaki (Jayabharathi), Ambi's mother, shares with her son what has happened since he left for Delhi. Over time, he overhears his father mutter the name of Ambi's stepmother Avayam (Radha). Before his marriage to Janaki, Vembu Iyer intensely loved Avayam, much to the anger and disapproval of Vembu's own mother, who hated her daughter-in-law as she loved to dance. Eventually, Avayam and Vembu separated because of the pressure. Beginning to understand that guilt might be a reason why his father has retreated into silence over his own marriage, Ambi suggests bringing his stepmother Avayam to the house. Janaki, a traditional, submissive woman by nature is upset by the proposition, becoming frustrated at the prospect of sharing her husband with another woman. Eventually, Ambi's friend Murthy helps to reach a solution.