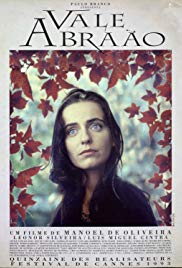 Abraham's Valley is a 1993 Portuguese-language drama film directed by Manoel de Oliveira, based on a novel by Agustina Bessa-Luís, and partially inspired by Gustave Flaubert's 1857 novel Madame Bovary. The film was selected as the Portuguese entry for the Best Foreign Language Film at the 66th Academy Awards, but was not nominated.

Set in mid-20th century Portgual, in the vicinity of Lamego, Ema is a beautiful young girl who is married off to Carlos, an older doctor and friend of her father's. Dissatisfied, she takes several lovers.