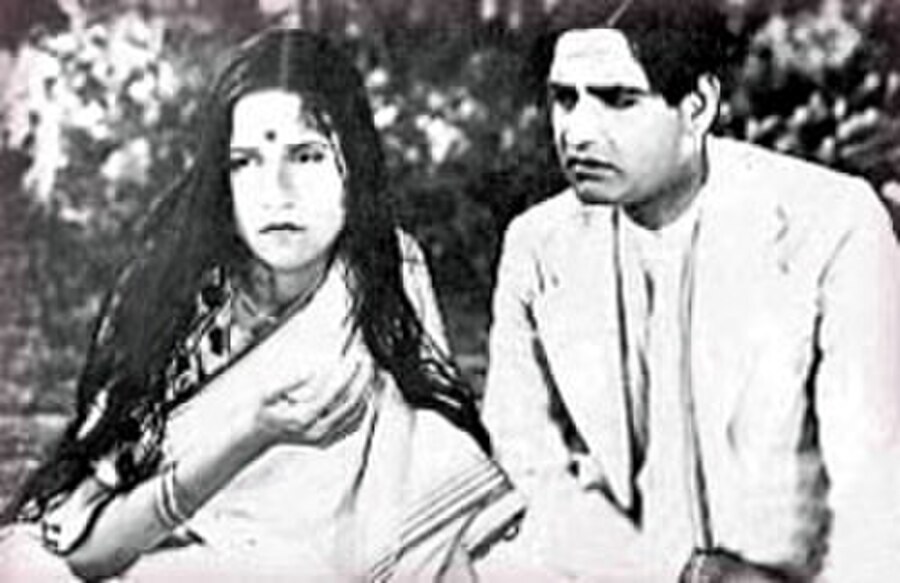 Devdas is a 1935 Bengali film based on the Sharat Chandra Chattopadhyay novella, Devdas. Directed by Pramathesh Barua, it stars K.L. Saigal as Devdas, Jamuna Barua as Parvati (Paro) and Rajkumari as Chandramukhi. It was later released in Hindi in 1936 and in Assamese in 1938.

Devdas (K. L. Saigal) falls in love with Parvati (Jamuna), with whom he has played since childhood and who is the daughter of a poor neighboring family. Devdas goes away to Calcutta for University studies. Meanwhile, Parvati's father arranges her marriage to a much older man. Though she loves Devdas, she obeys her father to suffer in silence like a dutiful Indian wife of those times. Devdas as a result takes to drinking. Chandramukhi (Rajkumari), a dancing girl or "prostitute" he has befriended in Calcutta, falls for him and gives up her profession to try to save him. Parvati, hearing of his decline, comes to see him to steer him away from a life of drinking. Devdas sends her back, saying in his hour of final need he will come to her. She returns to her life of duty. Realising his end is near, Devdas decides to keep his promise and meet Parvati. He journeys all night, reaches her house and is found dead outside the high walls of her house. Inside Parvati hears from her stepson Mohan, that Devdas is dead. Grief-stricken at this news, Parvati attempts to run out of her house, in order to pay a last visit to his beloved.But her husband orders the main gate to be closed, as it was a social taboo at that time, not to let women step out of the periphery of their in-laws'residence. Consequently, Paro fails to run out, trips over, and the main gate is shut in front of her. A dead Devdas is taken to the cemetery and burnt by the local people.