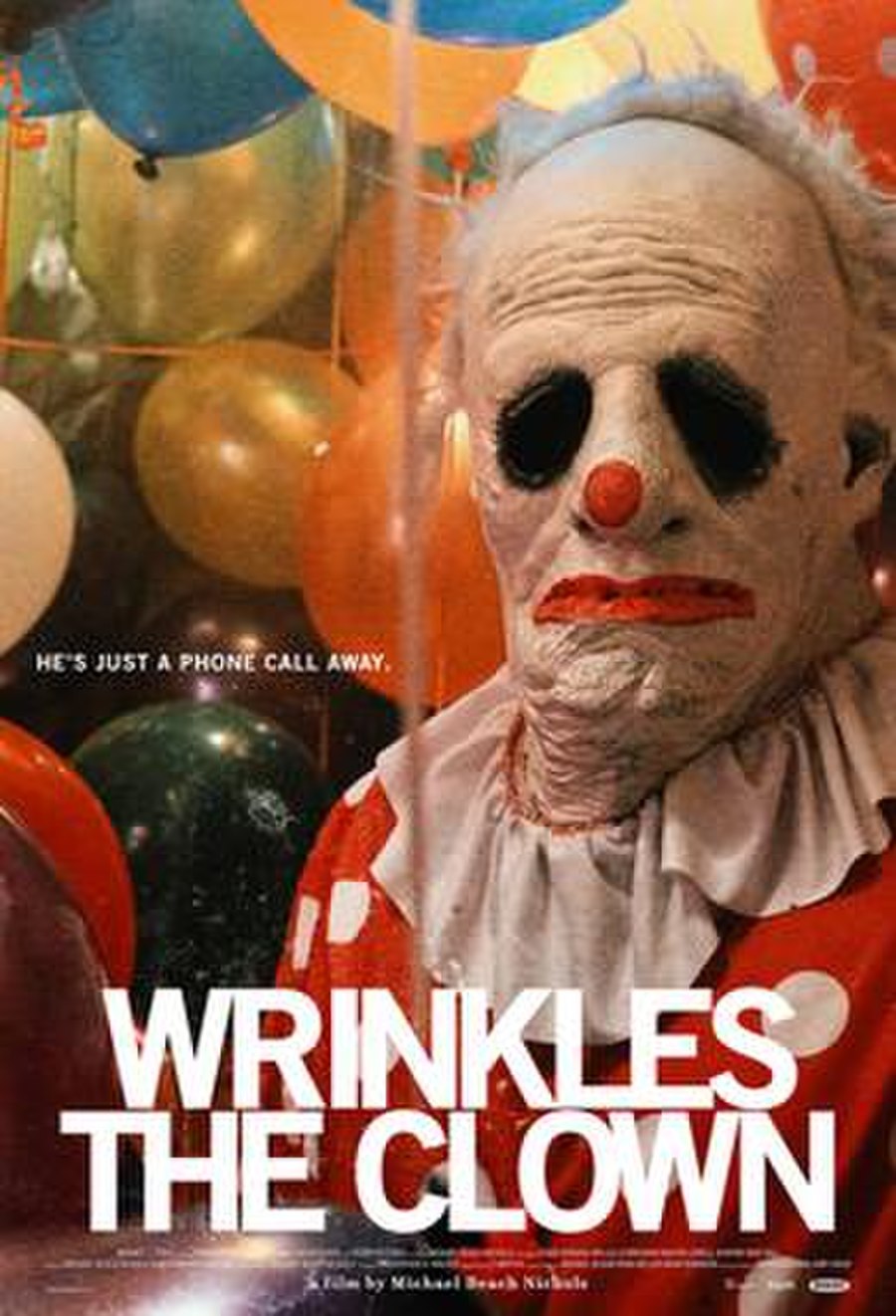 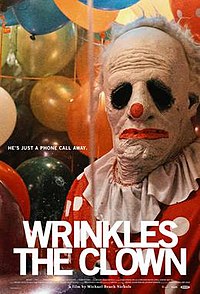 Wrinkles the Clown is a 2019 American documentary comedy horror film directed by Michael Beach Nichols. The film follows a man known as Wrinkles the Clown who lives in Naples, Florida. For a fee of "a few hundred dollars", he will attend birthdays, scare misbehaving kids, and prank people.

In 2015, a video is uploaded to YouTube depicting a clown named Wrinkles emerging from beneath a young girl's bed. It quickly goes viral. In the following months, it emerges that Wrinkles is a professional clown in Florida who offers his services to the parents of misbehaving children, showing up to frighten them unannounced as a deterrent to future bad behavior. Stickers bearing Wrinkles' face and phone number begin appearing all over Florida and thousands of people begin calling it for various reasons, from parents wanting to hire Wrinkles to people making death threats. Over the course of the next four years, Wrinkles becomes an object of folklore both locally in Florida and across the United States, with children routinely calling the number either alone or with friends as a sort of rite of passage. Additionally, further videos appear depicting Wrinkles either frightening people outside their homes or engaging in disturbing behavior, such as waving to motorists from a darkened roadside.