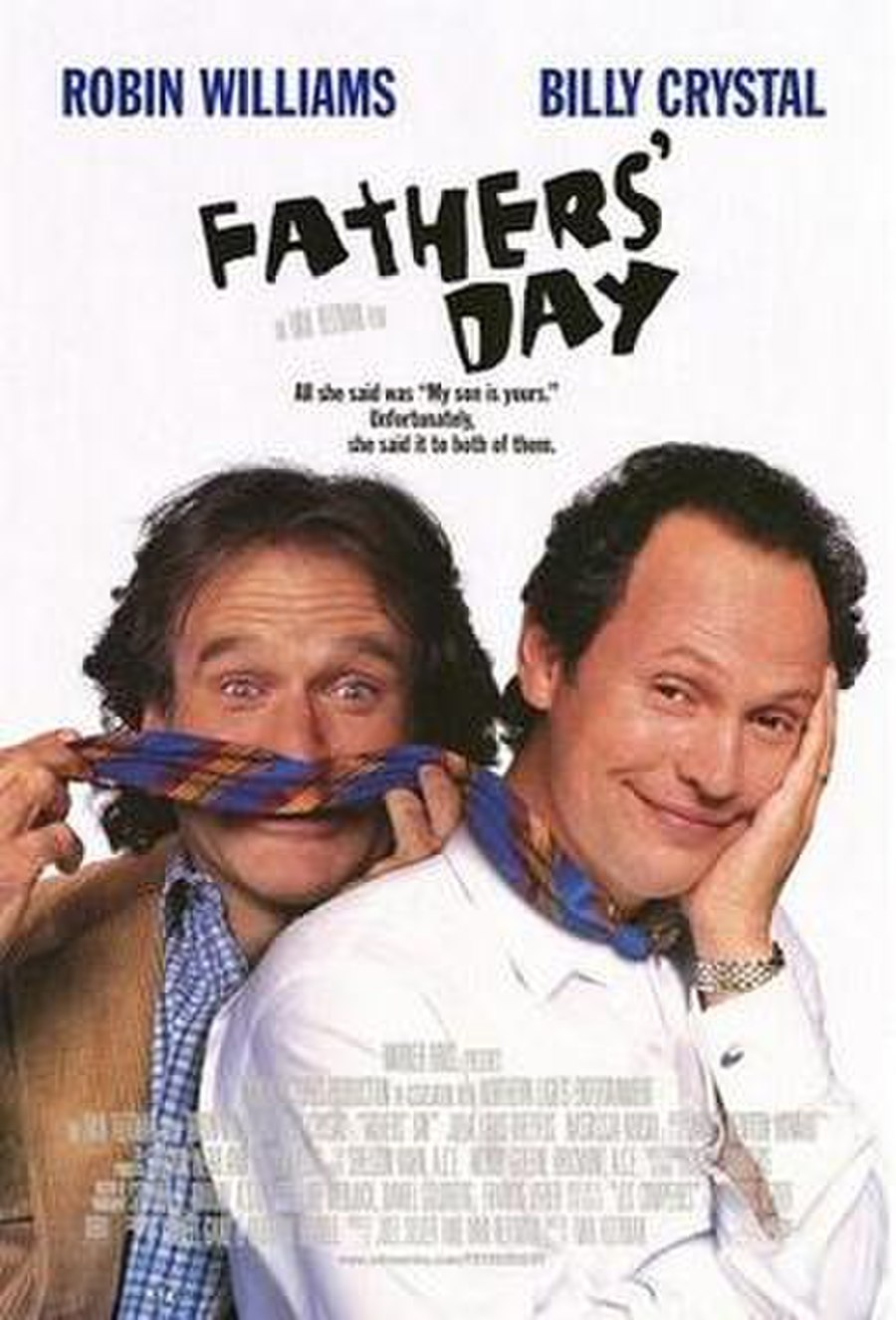 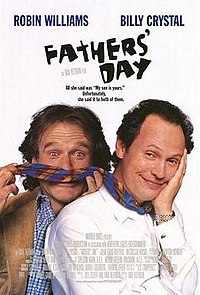 Fathers' Day is a 1997 American comedy film directed by Ivan Reitman and starring Robin Williams, Billy Crystal, Julia Louis-Dreyfus, and Nastassja Kinski. It is a remake of the 1983 French film Les Compères.

Scott Andrews, a 17-year-old, runs away from home with his girlfriend, Nikki. His mother Collette visits her ex-boyfriend, lawyer Jack Lawrence, and tells him that Scott is really his son and wants him to find the boy: Jack refuses at first, but Collette pries him into it. Meanwhile, writer Dale Putley is planning suicide when he gets a phone call from Collette, of whom he is another ex-boyfriend, and she tells him the same story. Realizing that his appointment with a client will keep him in town overnight, Jack decides that he will look for Scott. Both men start their search with Russ, Nikki's father. Dale and Jack get little help from Russ, but it does lead to them meeting each other. They mistakenly assume that they each have a different missing son, thinking that "both boys" are mixed up with Nikki. They decide to pursue their cases together.