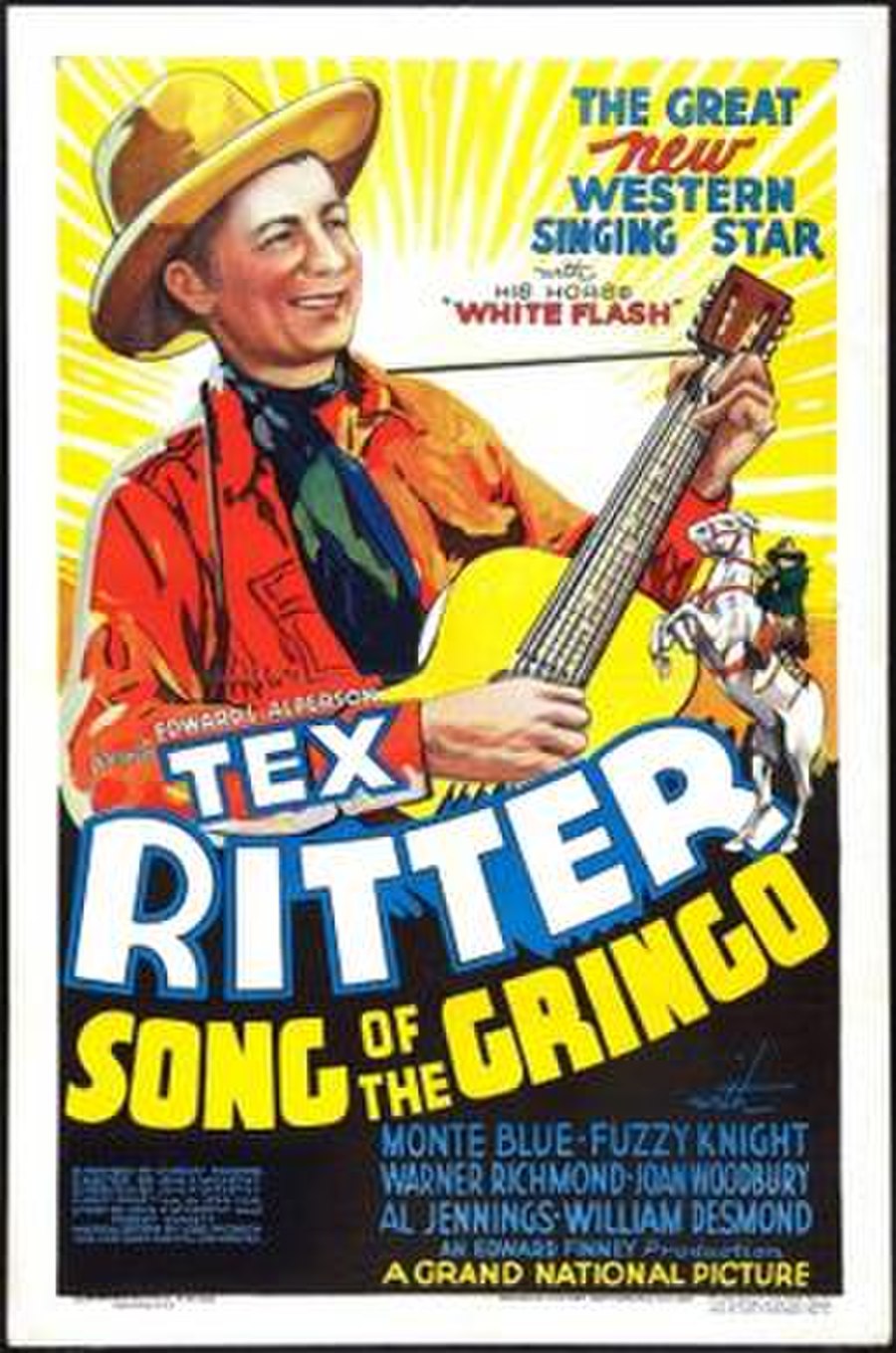 Song of the Gringo is a 1936 American Western film directed by John P. McCarthy. The film is also known as The Old Corral in the United Kingdom. The film was the debut of singing cowboy Tex Ritter. It was co-written by former outlaw and judge Al Jennings who appears as a judge in the film.

An undercover Texas Ranger infiltrates a hacienda to identify and bring to justice a gang using murder to steal mineral mines.