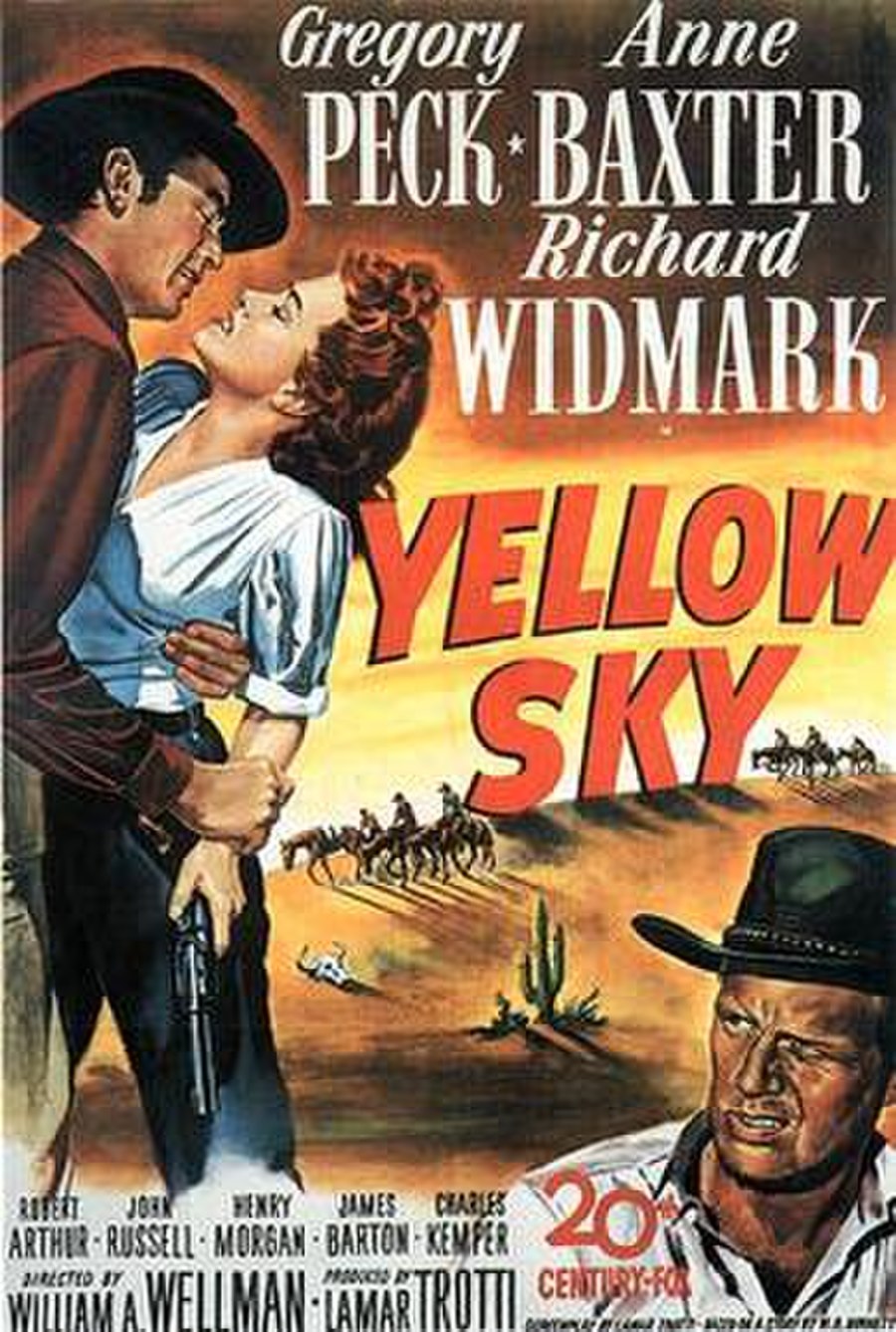 Yellow Sky is a 1948 American western film directed by William A. Wellman and starring Gregory Peck, Richard Widmark, and Anne Baxter. The story is believed to be loosely adapted from William Shakespeare's The Tempest. The screenplay concerns a band of reprobate outlaws who flee after a bank robbery and encounter an old man and his granddaughter in a ghost town.

In 1867, a gang led by James "Stretch" Dawson (Gregory Peck) robs a bank and flees into the desert. Out of water, the outlaws come upon a ghost town called Yellow Sky and its only residents, a hostile young woman called "Mike" (Anne Baxter) and her prospector grandfather (played by James Barton). Stretch is attracted to Mike. While the men recover from their ordeal, Dude (Richard Widmark) snoops around. Dude tells the others that the old man is mining gold, but Stretch is unimpressed. The next day, Mike and Grandpa take to the hills. A confrontation between Stretch and Dude over the leadership of the gang is interrupted by Mike shooting at them. However, when Grandpa is hit in the leg by a ricochet, Mike surrenders.