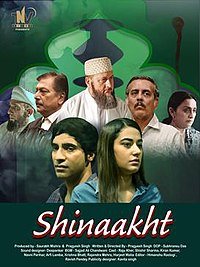 The story of the film shows a close relationship between a father named Liaqat Ali (Shishir Sharma) and his two kids named Idrish (son, played by Arfi Lamba) and Sofiya (daughter, played by Stefy Patel). As per the religious customs in Islam, both were circumcised at the age of 8 and 9 as respectively. On attaining Adult age, Idrish (Arfi Lamba) and Sofiya (Stefy Patel) filed a case against their father, Liaqat Ali (Shishir Sharma), Maulvi Muhammad Basheer (Raju Kher) and Zarra Jumman Miyan, an illiterate, who performed circumcisions. The case was registered as per the provision of the Indian Medical Council Act, 1956, the Protection of Children from Sexual Offences (POCSO) Act, 2012 and Section 326 and 326A of the Indian Penal Code. When matters were brought to the Mumbai High Court, Liaqat Ali (Shishir Sharma) took their children's side and supported them and the Constitutional laws of India.