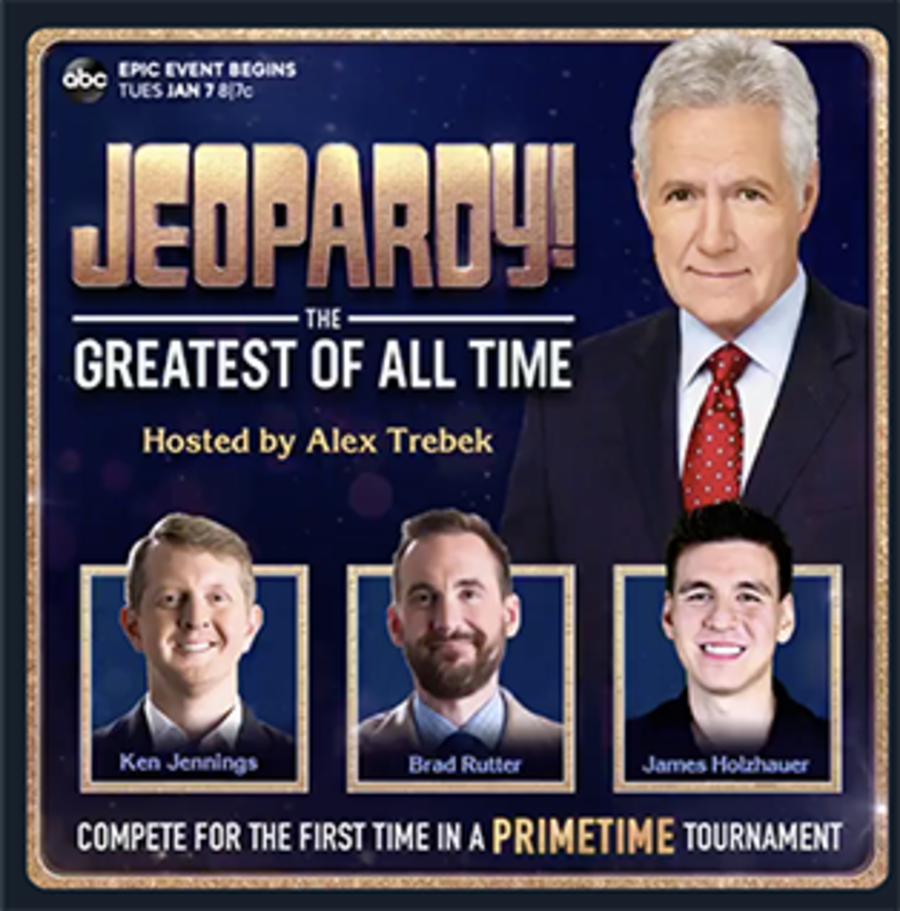 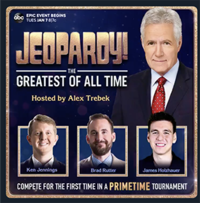 Jeopardy! The Greatest of All Time was a primetime Jeopardy! tournament featuring the three highest-earning contestants, Ken Jennings, Brad Rutter, and James Holzhauer, competing in a first-to-3-wins series with a top prize of $1 million to determine the greatest Jeopardy! contestant "of all time." The series is produced by Sony Pictures Television and executive produced by Harry Friedman, with Alex Trebek hosting.