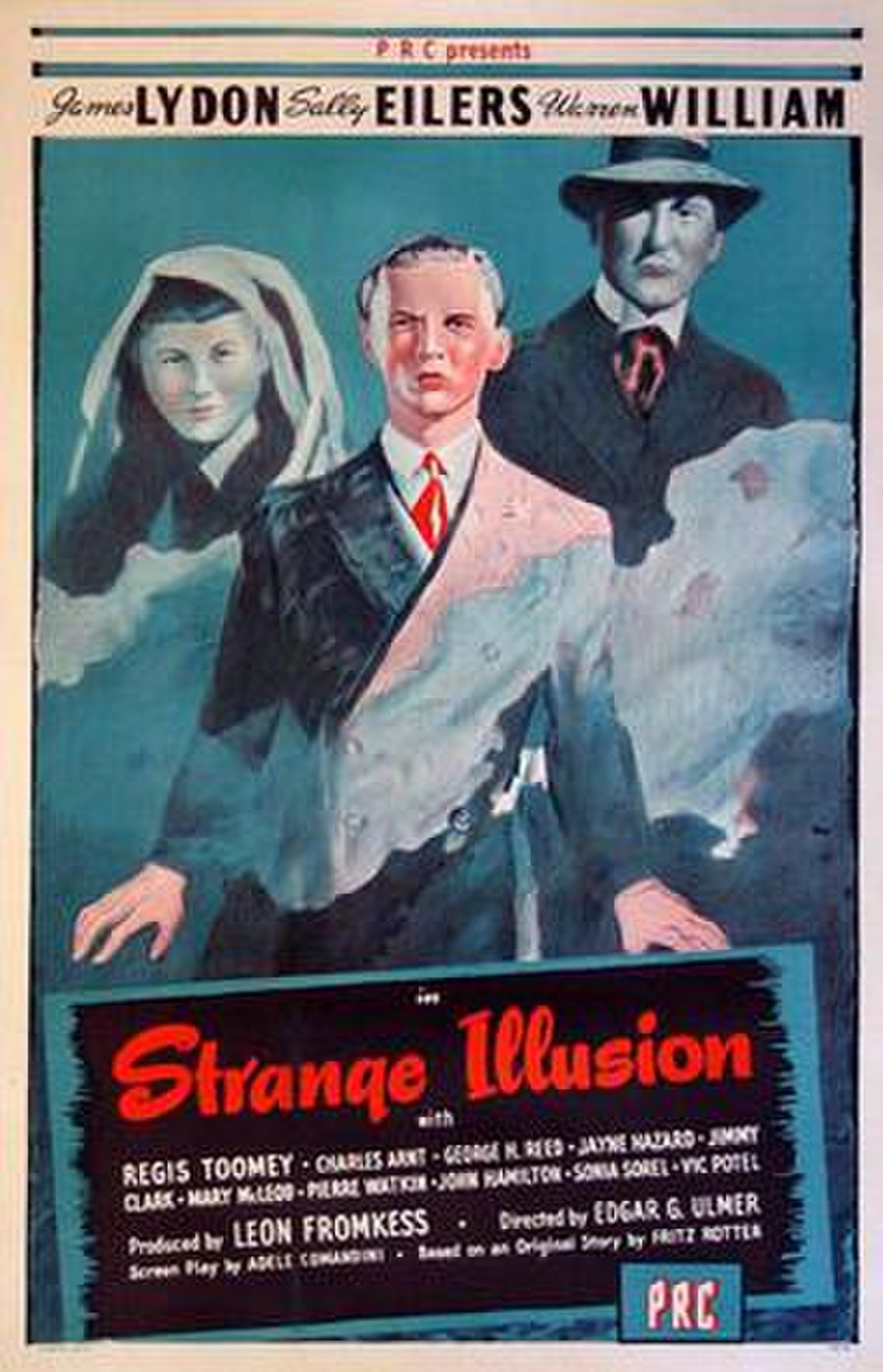 Strange Illusion is a 1945 film noir crime film directed by Edgar G. Ulmer and starring Jimmy Lydon, Warren William and Sally Eilers. According to noir historian Spencer Selby the film is "a stylish cheapie by the recognized master of stylish cheapies."

A college student has a recurrent dream that leads him to suspect there is something sinister about his widowed mother's suitor.