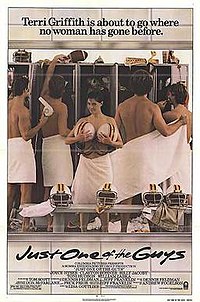 Terri Griffith is an aspiring teenage journalist in Phoenix who feels that her teachers don't take her articles seriously because of her good looks. After failing to get her dream job as a newspaper intern, she comes to the conclusion that it is because she is a girl.