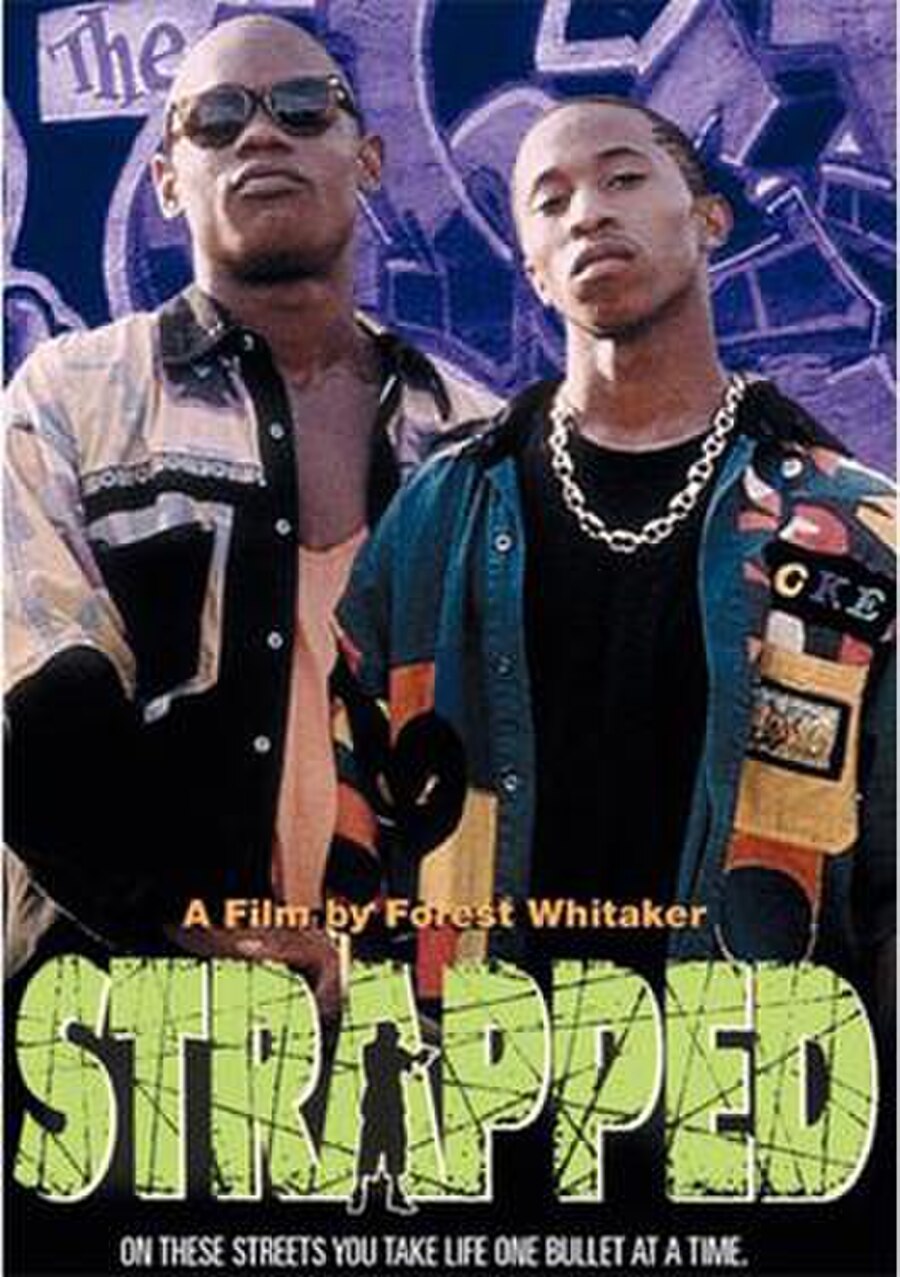 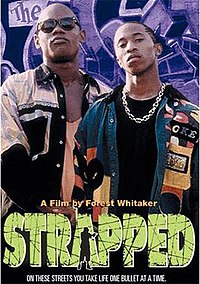 Strapped is a 1993 American television crime-thriller/drama produced by HBO Showcase. The film, which was directed by Forest Whitaker, is the cinematic debut of Bokeem Woodbine. It features several rappers including Fredro Starr, Sticky Fingaz, Busta Rhymes, Yo-Yo and Kool Moe Dee.

Diquan Mitchell (Woodbine), a 19-year old ex-con, attempts to turn his life around and start legitimate work. At the beginning of the film, Mitchell witnesses an argument between two youths Chucky and Pharaoh in the stairwell of his apartment building upon arriving home. Deciding not to expose the youth who did the shooting to law enforcement, Mitchell takes the handgun used in the killing from him and tells him to run. Mitchell, who lives in a Brooklyn public housing project apartment with his two sisters, mother and grandmother has a girlfriend named Latisha Jordan (Goodwin) who is 8 months pregnant.