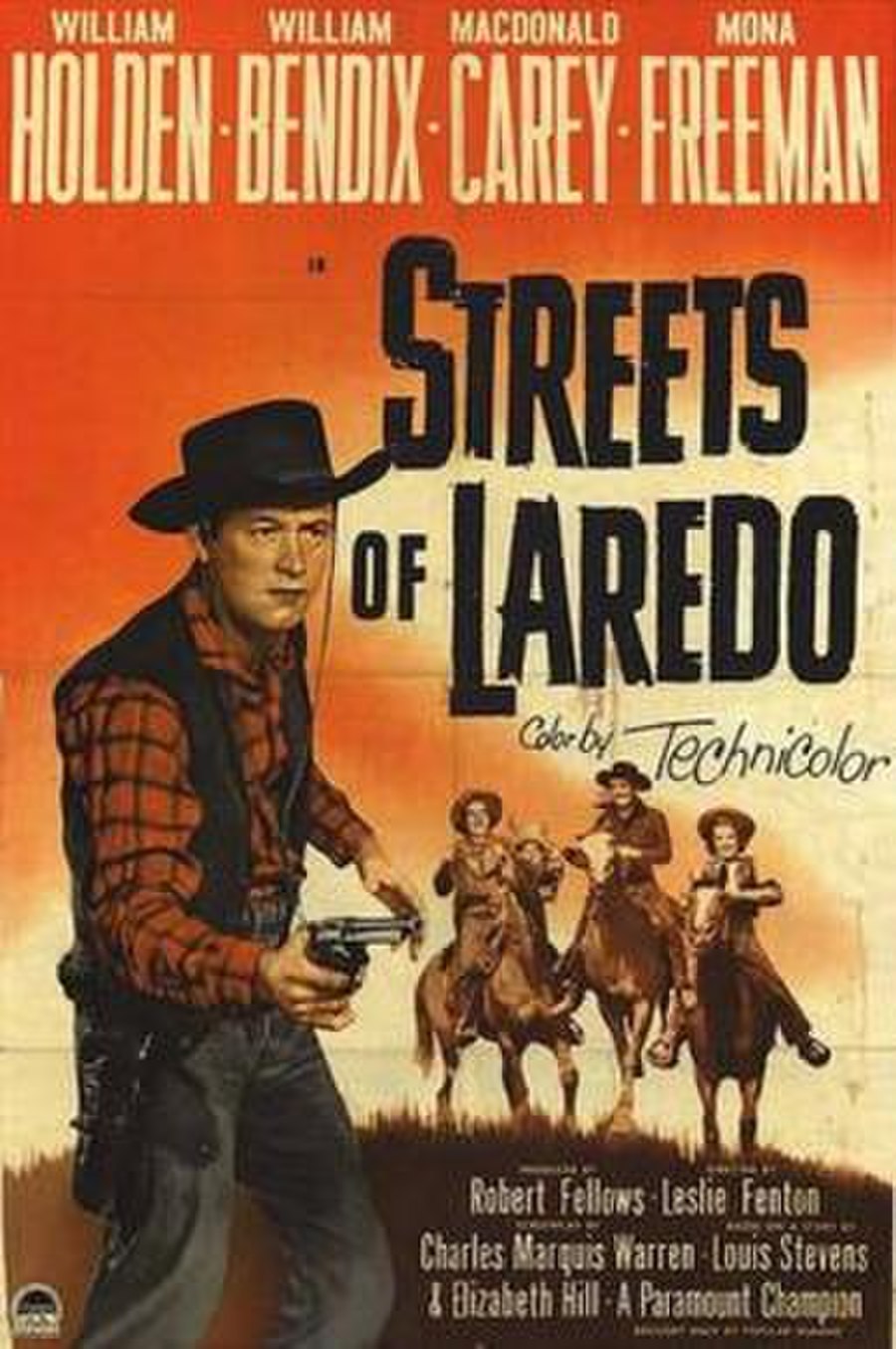 Streets of Laredo is a 1949 American Western film directed by Leslie Fenton and starring William Holden, Macdonald Carey and William Bendix as three outlaws who rescue a young girl, played by Mona Freeman. When they become separated, two reluctantly become Texas Rangers, while the third continues on a life of crime.

A trio of outlaws, Jim Dawkins (Holden), Lorn Reming (Carey), and Reuben "Wahoo" Jones (Bendix), rob a stage. But when a young lady, Rannie Carter (Freeman), is menaced by rich and ruthless Charley Calico (Alfonso Bedoya) after her uncle is killed, the robbers come to her rescue. They run him off, then pay old Pop Lint (Clem Bevans) to watch over her at his ranch.