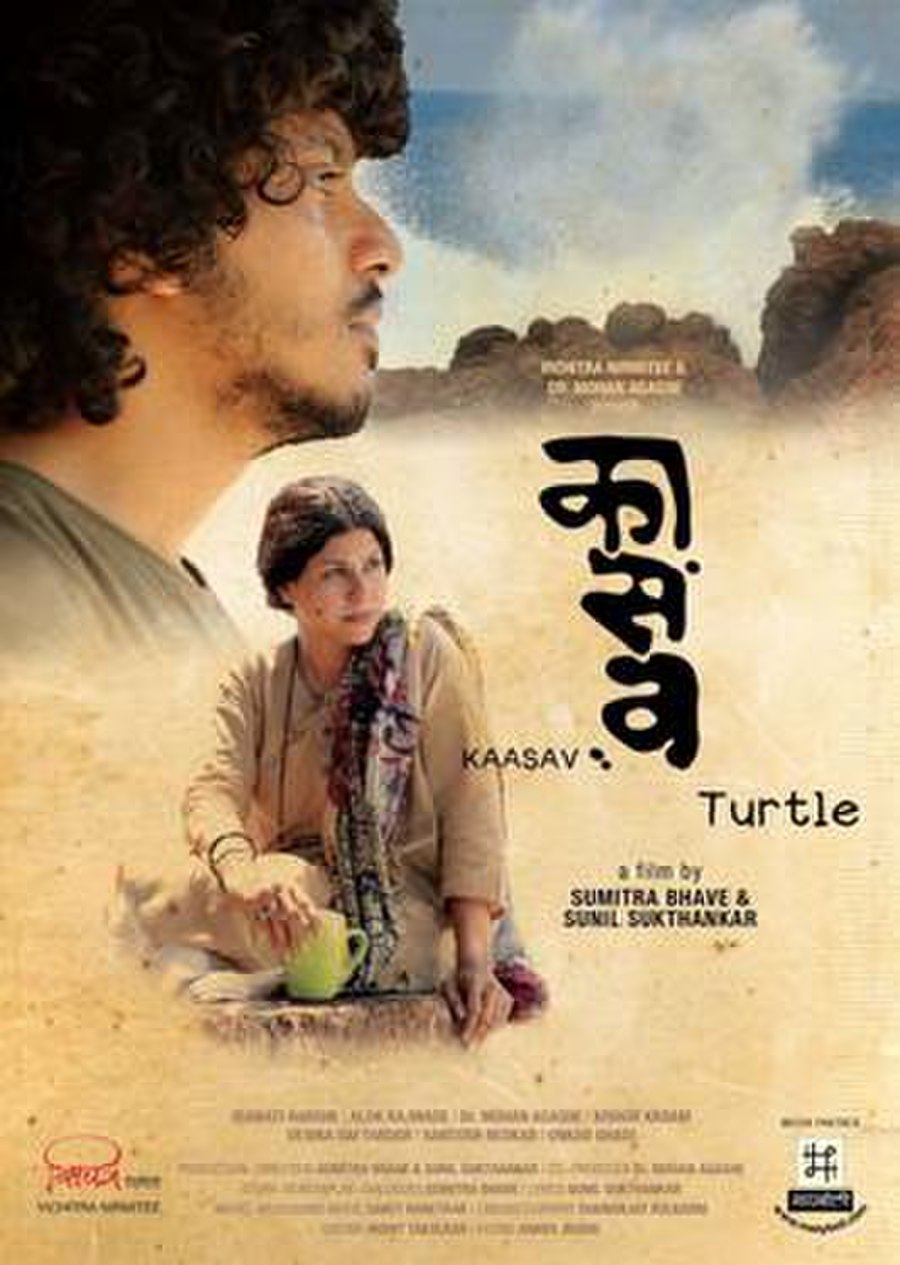 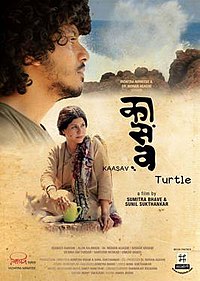 Kaasav is a 2016 Indian Marathi-language film released on 6 October 2017. It has been directed by filmmaker duo Sumitra Bhave–Sunil Sukthankar and produced by Mohan Agashe in association with Bhave–Sukthankar's production company "Vichitra Nirmiti". The film won the National Film Award for Best Feature Film at the 64th National Film Awards. It became the fifth Marathi film to win in this category.

Maanav (Alok Rajwade) has been hospitalized for cutting his wrists. He runs away from the hospital. Janaki (Iravati Harshe) finds him collapsed on the side of the road. She asks her driver Yadu (Kishor Kadam) to take him home to Devgad(konkan) and appoints a private doctor. Janaki is a divorcee who often consults a psychologist for her panic attacks. She also helps Dattabhau (Mohan Agashe), who is working on an olive ridley sea turtles conservation program.