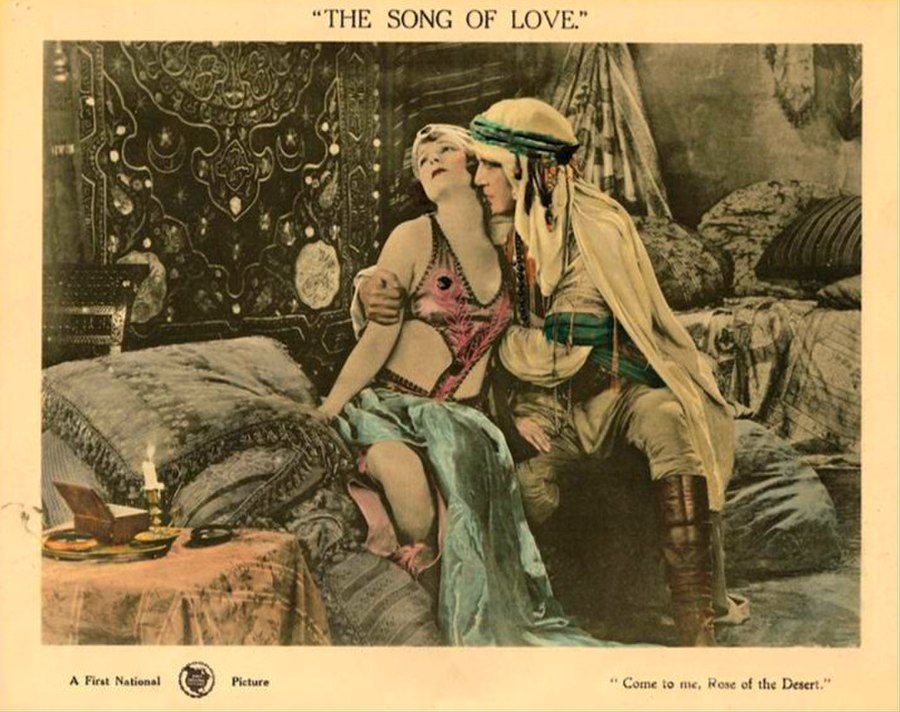 The Song of Love is a 1923 American silent adventure drama film directed by Chester Franklin and Frances Marion, starring Norma Talmadge, Joseph Schildkraut, and Arthur Edmund Carewe. Frances Marion's screenplay is based on the 1922 novel The Dust of Desire by Margaret Peterson.

The plot of The Song of Love focuses on the relationships among North African Arab citizens, Tuaregs, and French colonial citizens who live in a small outpost with homes, shops and a bar/social spot. Norma Talmadge is a dancing girl, whose uncle is viewed as a leader in the Arab community and owner of the social spot. Other key roles are an Arab prince, seeking support from the Tuaregs to regain control of the outpost from the French colonists; a French secret service agent (who becomes the love interest); the French colonial leaders: a French spouse and an American.