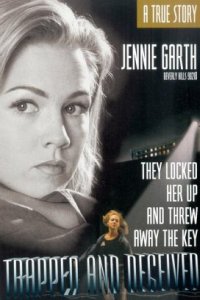 Without Consent, also known as Trapped and Deceived, is a 1994 television film directed by Robert Iscove and starring Jennie Garth, Jill Eikenberry, and Tom Irwin. The film, which was based on a true story, was received generally negatively, although the lead actors were praised for their roles.

Laura Mills is a rebellious teenager who spends her days getting drunk, listening to rock music and making out with several boyfriends. Her behavior gets worse when her brother David is kicked out of the house for theft and alcohol abuse. When it turns out she was involved in a drunk driving accident, her parents decide they have had enough. They are not able to control their daughter and send her to a private psychiatric center. It soon turns out that patients in this center are drugged and abused by the staff.