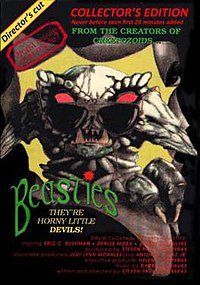 The film describes the carnage of extraterrestrial crafts landing on an area with many amorous teens. The plot deals with "Bionaut" (living) vessels, which have traveled back in time and have released small reconnaissance creatures that become violent when they get too far away from the Bionaut.