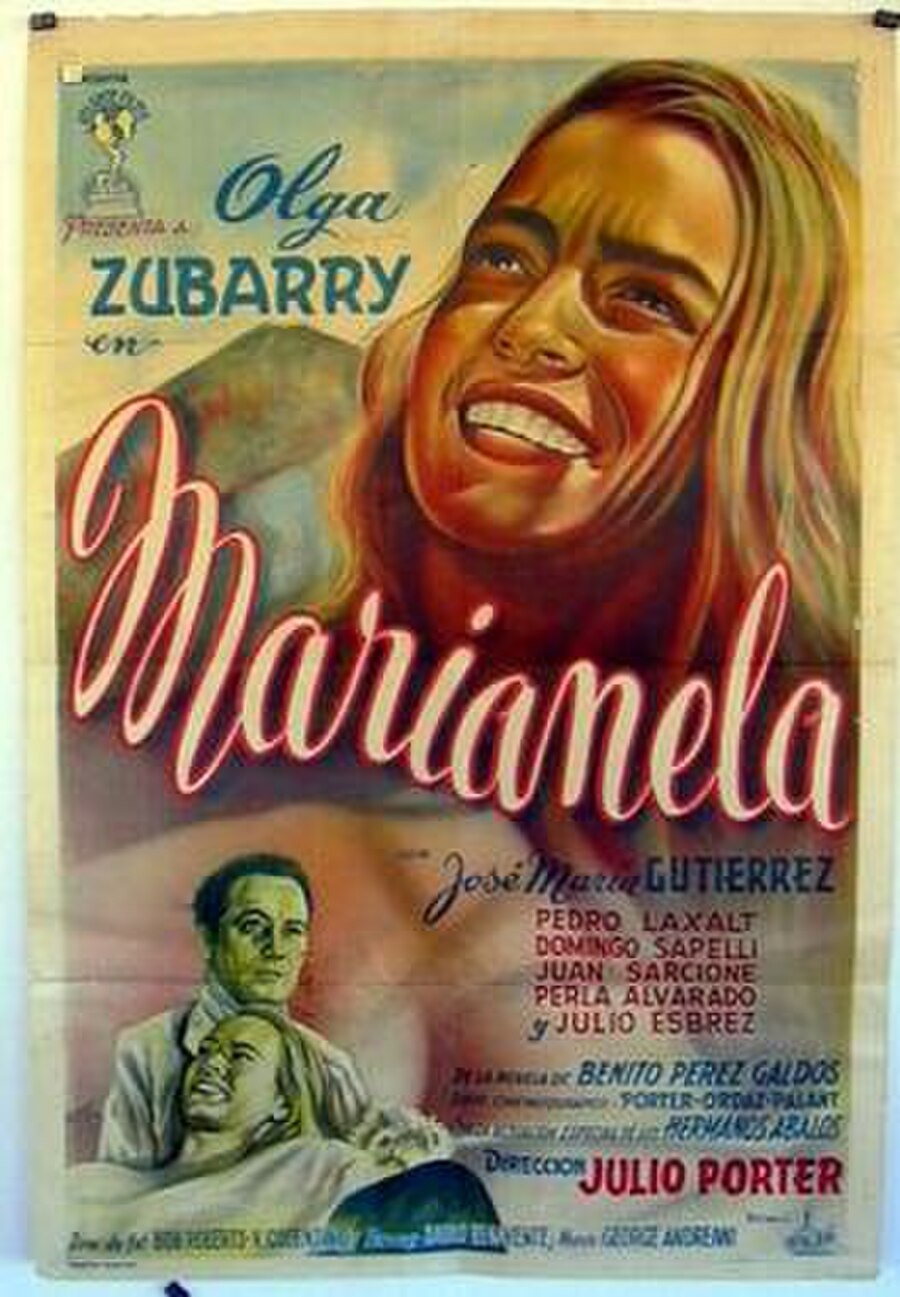 Marianela is a 1955 Argentine drama film directed by Julio Porter, and starring Olga Zubarry and José María Gutiérrez. It is based on the 1878 novel by Benito Pérez Galdós. Zubarry won the Silver Condor Award for Best Actress at the 1956 Argentine Association of Film Critics Awards for her performance as the title character.