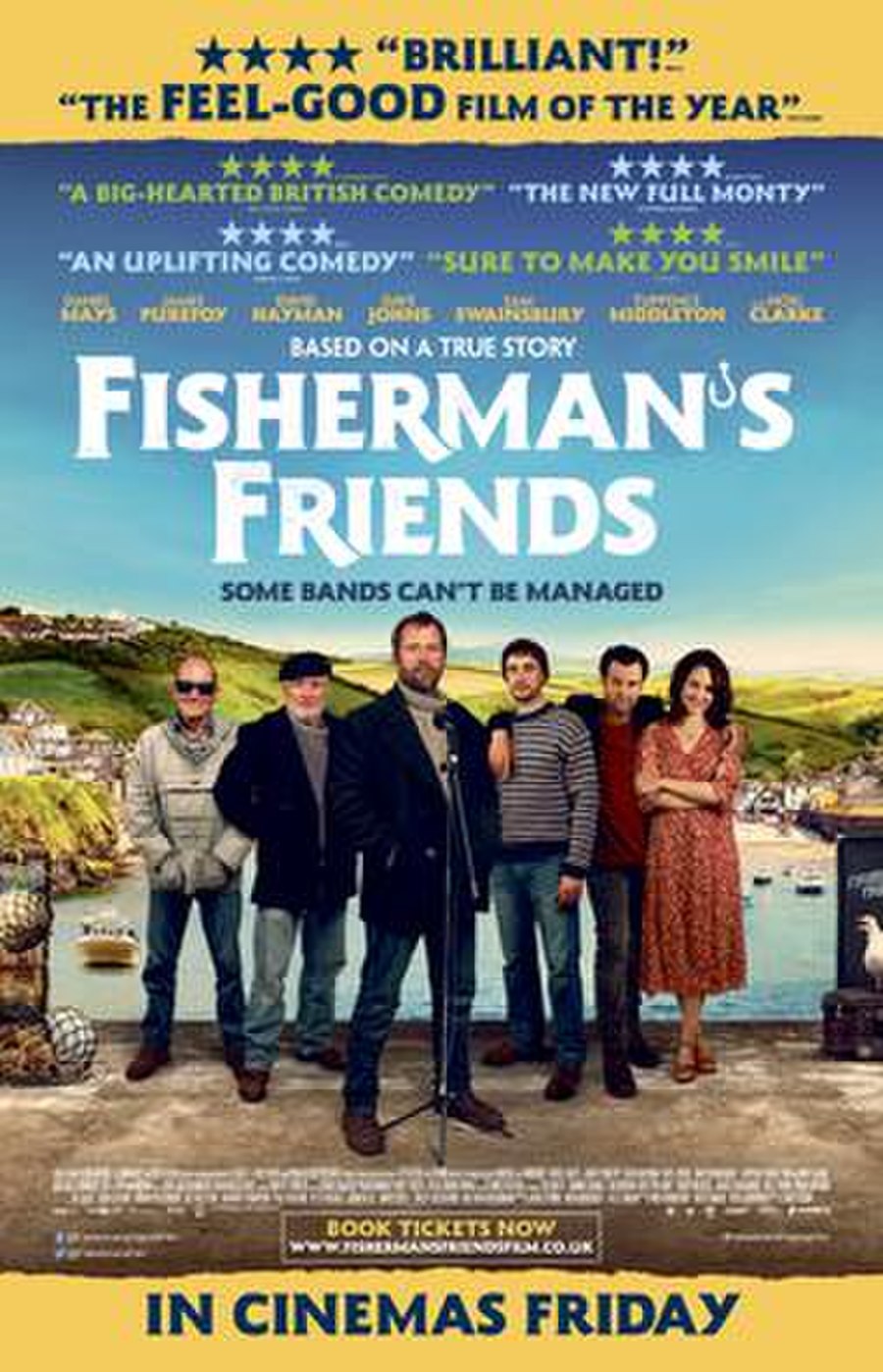 Fisherman's Friends is a 2019 British romantic comedy film directed by Chris Foggin from a screenplay by Nick Moorcroft, Meg Leonard and Piers Ashworth.

A fast living, cynical London music executive, Danny, reluctantly heads to Cornwall on his colleague Henry's stag weekend, where he's pranked by his boss, Troy, into trying to sign a group of shanty-singing fishermen. Danny becomes the ultimate ‘fish out of water’ struggling to gain the respect and enthusiasm of the unlikely boy band that consists of Jim, Jago, Leadville and Rowan, who all value friendship and community over fame and fortune. Attempting to overcome the fishermen's scepticism about the music business, Danny finds himself drawn into the community, has his integrity tested and ultimately is shown the meaning of loyalty, love and friendship. This forces Danny to re-evaluate what really matters in life; ultimately giving him the chance of a different kind of success which leads to him falling in love with Jim's daughter, Alwyn.