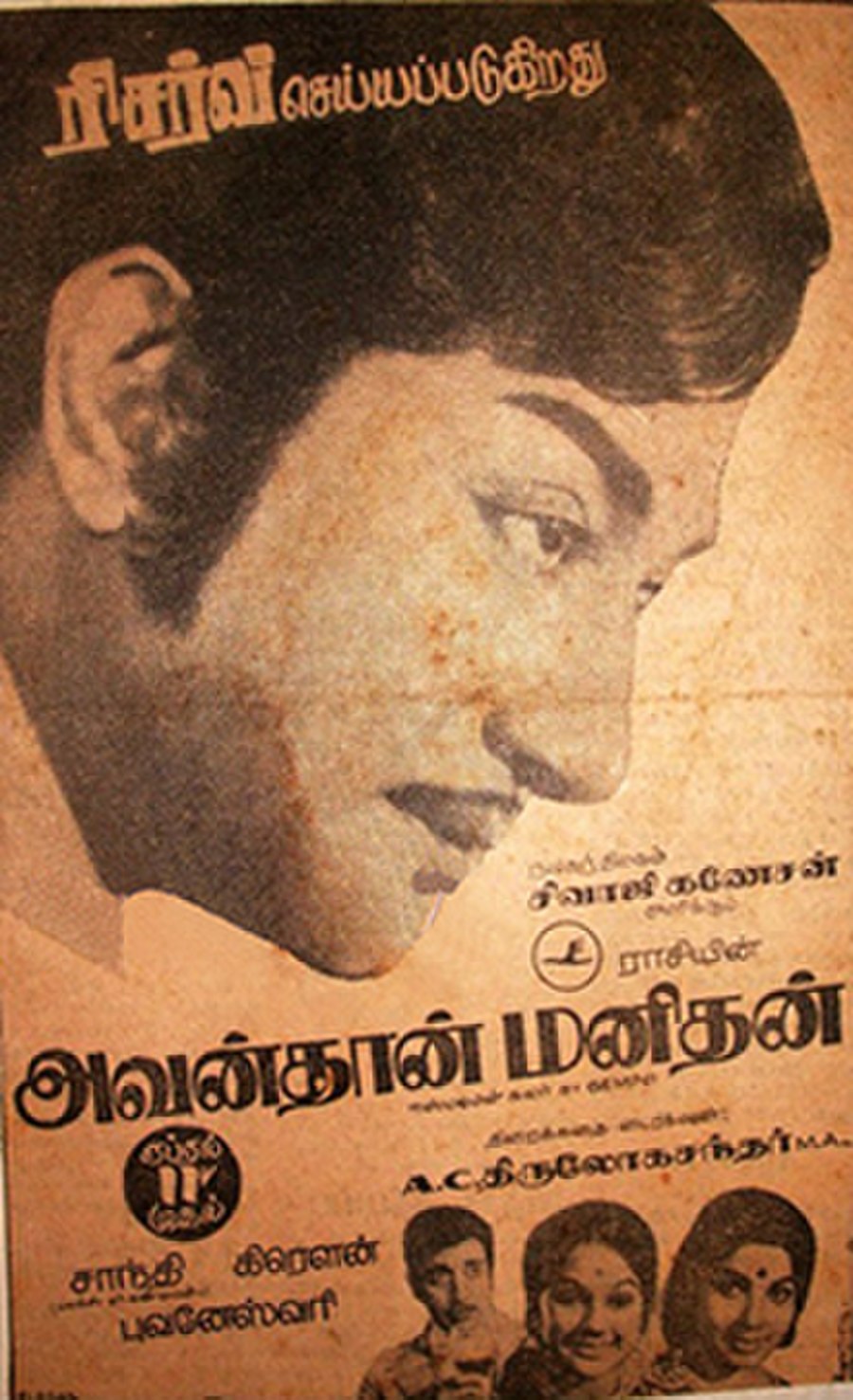 Avandhan Manidhan is a 1975 Indian Tamil-language drama film, directed by A. C. Tirulokchandar. The film stars Sivaji Ganesan, Manjula, Jayalalithaa and Muthuraman. It is a remake of the Kannada film Kasturi Nivasa (1971). This film was 175th film of Sivaji Ganesan.

Ravi, owner of a matchbox factory is a widower and has lost his daughter in an accident. Recognizing that his honest employee Chandran is in a similar position, he decides to help Chandran financially. As Chandran attends training in the U.S., Ravi takes care of Chandran's charming daughter. On return, Chandran suggests changing the company's structure. The traditionalist Ravi, becomes infuriated. Protesting this, Chandran resigns and starts his own matchbox company and becomes the leading matchbox manufacturer.